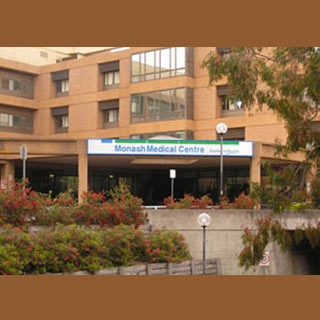 A novel study by Monash University experts seems to have elucidated on the microscopic antennas inside the kidney which are involved in the organ’s repair process. This study is believed to have shown how kidney repair processes are controlled. It also assists in elucidating the cause of polycystic kidney disease.

The kidney is known to comprise of approximately a million tiny living tubes which produce urine in order to rid the body of waste products. The cells which make up these tubes seem to have hair-like structures which are two thousandths of a millimetre long. Also, these hair-like structures appear to respond to urine flow by sending reassuring signals back to the cells.

“We have shown for the first time that the hair-like structures on kidney cells, called cilia, change their length in response to injury in human patients, growing up to four times their original length in the later stages of kidney repair,” mentioned Lead author of the study, Dr Deane, a researcher at the Centre for Inflammatory Disease at the Monash Medical Centre.

“These hair-like structures are antennas and the increases in their length amplify the signals they send to kidney cells at vital stages of repair. We think this is how they turn off the repair process when it is complete and allow the kidney to start working normally again,” continues Dr Deane.

It was observed that in an injured kidney there is a decrease in urine flow and reassuring signals from the hair-like structures are diminished. This seems to lead kidney cells to go into repair mode. Evidently, surviving kidney cells take on a novel form which allows them to reproduce rapidly in order to replace cells that have died. It was noted that when enough cells have been produced it is imperative that kidney cells stop reproducing and return to their normal form. Allegedly, this is where some additional input from the hair-like structures appears to be required.

“Our research helps put a logical framework behind what is happening in polycystic kidney disease, as the mutations that cause the disease can damage the hair-like structures of kidneys cells,” elucidates Dr Deane.

Dr Deane further stated that, “We hope that this work will lead to new ways of treating both kidney injury and polycystic kidney disease.”

Dr Deane claimed that if the switching on and off the repair process is not properly controlled, quickly reproducing cells could possibly distort the tubes of the kidney. Additionally, this distortion may perhaps prevent them from functioning properly. Supposedly, this is what happens in people who have polycystic kidney disease. This disease is believed to be a condition which is at present untreatable.

The findings of the study have been published in the latest edition of the Journal of the American Society of Nephrology.

Many hits and not 1 huge blow may cause concussions in...