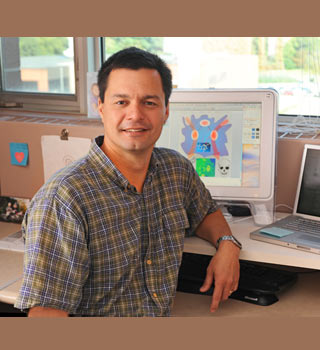 Tuberculosis is apparently caused by mycobacterium tuberculosis and is a contagious disease. Annually, it kills about 1.5 to 2 million people all over the world.

Researchers at Iowa University claim that they have recognized an enzyme which may assist in making tuberculosis resistant to a human’s natural defense system. They have also found a way to probably counterbalance that enzyme, which could one day result in a cure for tuberculosis.

When majority of infections are introduced into humans, the body apparently guards itself with particular cells known as macrophage cells that could destroy the attacking micro-organisms. The macrophage cells may surround and kill these microbes, like the Mycobacterium tuberculosis.

Reuben Peters, associate professor in the department of biochemistry, biophysics and molecular biology, is heading the team of researchers from Iowa State; the University of Illinois, Urbana-Champaign; and Cornell University, Ithaca, New York,who are apparently trying to find ways to curtail the disease.

The next step of Peters was to supposedly attempt in finding molecules that could combine with the edaxadiene-producing enzymes from tuberculosis and apparently neutralize them. Due to this, the tuberculosis cells may not be able to generate edaxadiene. Without edaxadiene, tuberculosis cells could have a diminished capability to resist being destroyed by the macrophage cells.

Peters mentioned, “We have inhibitors that bind tightly to one of the enzymes that make edaxadiene in a test tube.”

They have to find an inhibitor that may function outside the test tube, and in humans, and is apparently steady. It ought to be carefully ingested by humans, and may assist in killing tuberculosis. This is a procedure that may take a decade.

Peters’ team discovered the molecule by comparing the genetic makeup of tuberculosis which could kill humans, to the kind that may kill cattle but supposedly does not have any impact on humans i.e. Mycobacterium bovis.

Peters commented, “Their genetic sequences are more than 99.9 percent identical. However, whereas, tuberculosis causes disease in humans, the bovis variety is much less infectious in humans, although it does cause disease in cattle.”

One of the small dissimilarities in the genetic information between the two mycobacteria may hold the key as to why one may infect humans while the other does not.

Peters explained, “The bovis mycobacterium is missing only one nucleotide in the gene for one of the edaxadiene-producing enzymes, but that turns out to be very important as it prevents that enzyme from functioning. The critical piece for this idea is that Mycobacterium bovis doesn’t make edaxadiene, and doesn’t affect humans much, whereas Mycobacterium tuberculosis does make edaxadiene and is infectious in humans. We think this is the big difference between the two mycobacterium, mainly because this is the only difference I know of that seems to affect their infection process.”

One of the difficulties that may confront Peters in discovering human treatment is that the outcome of edaxadiene could be particular to humans, so the usual testing process may be complicated.

The normal testing sequence apparently incorporates testing in the laboratory, then on smaller animals, then bigger animals, and then on humans.

As edaxadiene may be significant for the capability of tuberculosis to infect humans rather than animals, averting the production of edaxadiene by tuberculosis may not have much effect in animals.

This research was published in the Journal of Biological Chemistry.