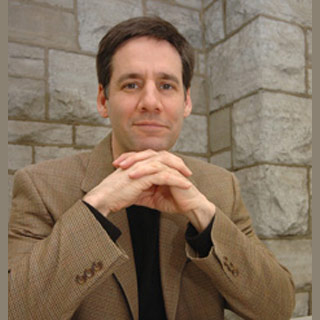 People who suffer from devastating neuropathic pain may possibly get more relief and sleep better by combining two commonly prescribed drugs. Atleast this is what the study experts from Queen’s University claim. They were believed to have found that taking the drugs together is a more effective treatment as compared to consuming each of them separately.

The study experts found that the patients seemed to have experienced less pain in contrast to when they took one or the other individually. It was also observed that people rated sleep interference with the combined drugs as 1.0 on a scale of 10 as compared to 2.2 when they took each drug independently.

Noting this, Dr. Ian Gilron, director of Clinical Pain Research for Queen’s Departments of Anesthesiology, and Pharmacology & Toxicology, and an anesthesiologist at Kingston General Hospital stated that, “It was also exciting to discover the effect of this combination on sleep interference. That’s a very important issue for this group of patients, whose debilitating, unrelenting pain often interferes with normal sleep.”

Supposedly, this is the foremost time Dr. Gilron has been able to find a drug combination which not only reduced pain but also helped patients sleep better. An earlier trial was believed to have examined the effects of combining morphine with the anti-seizure drug gabapentin. Morphine is known to be the other type of commonly prescribed drug for neuropathic pain. It was observed that the patients’ pain lessened considerably. However, they still had trouble in sleeping.

Dr. Gilron claimed that it’s vital to understand how drugs interact, since nearly 45 percent of Canadians being treated for neuropathic pain are noted to be consuming about two or more pain drugs. There could possibly be safety issues as well.

“We need more evidence from carefully conducted trials in support of each particular combination, and let the doctors and patients know about such results,” continues Dr. Gilron.

“This is a very interesting and important result. Many chronic pain sufferers don’t sleep well, and they get caught in a vicious cycle in which less sleep equals more pain. Dr. Gilron’s work offers new hope to Canadians desperate to put an end to this debilitating situation,” says Dr. Jane Aubin, Scientific Director of CIHR’s Institute of Musculoskeletal Health and Arthritis.

Dr. Gilron was of the opinion that thought this research focuses on two specific types of neuropathic pain; the methodology may perhaps also be applied to the study of other chronic conditions. The two specific types of neuropathic pain are known as diabetic neuropathy and postherpetic neuralgia. Supposedly, chronic conditions include cancer-related pain, spinal disc disease and the pain experienced after chemotherapy and mastectomies.

The findings of the study have been published in the journal, The Lancet.