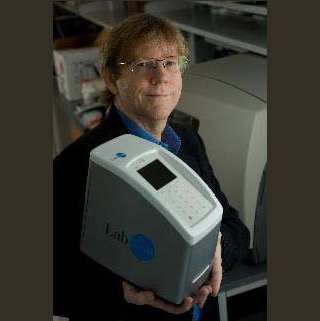 Oral cancer apparently attacks more than 300,000 people a year, of which 35,000 are from the US alone. With a gentle graze on the tongue or cheek with a brush, oral caner could be detected with success rates comparable with the more invasive techniques. This discovery comes from the preliminary studies conducted at Rice University, the University of Texas Health Science Centers at Houston and San Antonio and the University of Texas M.D. Anderson Cancer Center.

The test that utilizes Rice’s diagnostic nano-bio-chip was allegedly discovered to be 97 percent ‘sensitive’ and 93 percent specific in hitting upon which patients suffered from malignant or premalignant lesions. The results appeared to compare well with traditional tests.

John McDevitt, the Brown-Wiess Professor of Chemistry and Bioengineering at Rice, comments “One of the key discoveries in this paper is to show that the miniaturized, noninvasive approach produces about the same result as the pathologists do.”

The five year survival rate of these patients is 60 percent, but incase of early detection, the rate can well go up to 90 percent. McDevitt and his team are trying to create a reasonably priced chip that can differentiate premalignancies from the 95 percent of lesions that will not become cancerous. The minimally invasive technique would not take more than 15 minutes to produce results, as compared to the days taken by lab-based diagnostics. This new procedure seems to be nothing like the old painful biopsy, rather it requires just a light brush resembling a toothbrush, of the lesion on the cheek or tongue.

McDevitt goes on to say that, “This area of diagnostics and testing has been terribly challenging for the scientific and clinical community. Part of the problem is that there are no good tools currently available that work in a reliable way.”

The scientists report that patients whose lesions are discovered by their dentists or oral surgeons end up getting scalpel or punch biopsies as often as every six months. McDevitt said that those trained in this area do not have trouble detecting the lesions.

He remarks that, “The issue is the next step — taking a chunk of someone’s cheek. The heart of this paper is developing a more humane and less painful way to do that diagnosis, and our technique has shown remarkable success in early trials.”

It seems that the way forward with this treatment lies in nano-bio-chips. The chips are small, semiconductor-based devices that combine the abilities to capture, stain and analyze biomarkers for an array of diseases like cardiac, HIV and trauma injuries. Scientists are hoping that these devices cut down the cost of medical diagnostics and contribute notably in the challenge of bringing quality health care to the world.

The study compared results of the nano-bio-chips with the traditionally obtained results on a small scale of 52 participants. All these participants showed visible signs of oral lesions, leukoplakia or erythroplakia and had been referred to specialists for surgical biopsies or removal of the lesions. Of these patients, 11 were diagnosed as healthy. It also seems important that the chips notice when an abnormality turns precancerous.

McDevitt elaborated that, “You want to catch it early on, as it’s transforming from pre-cancer to the earliest stages of cancer, and get it in stage one. Then the five-year survival rate is very high,” he said. “Currently, most of the time, it’s captured in stage three, when the survivability is very low.”

The device apparently is all set to enter a more extensive trial with approximately 500 people in Houston, San Antonio and England. This trial could possibly require an application for the FDA approval in the coming 2-4 years.

The scientists hope that dentists become the first of defense against oral cancers, with the ability to diagnose the disease sitting in the chair.

The study appeared in the online journal ‘Cancer Prevention Research’.