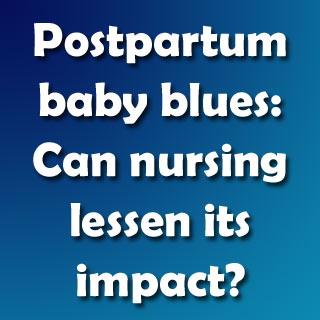 Pregnancy is known to be a joyous occasion in a woman’s life. While life with a new baby can be extremely exciting and rewarding, it could also be stressful at times.

Loyola University Health System (LUHS) postpartum depression specialists seem to offer an advanced screening program to detect women who are at risk for postpartum baby blues. The protocol mandates that women could now be screened at 28 weeks, during delivery, and nearly after two and six weeks postpartum.

“Before my last trimester of pregnancy, I was an upbeat person who was always on the go. After I delivered my baby and returned home, I began crying every day and found that I no longer had energy to get out of bed and leave the house,” shares Tracy Perkins Rodriguez, 36, who after entering her third trimester of pregnancy started feeling tired with little enthusiasm for everyday life.

Rodriguez may not be alone. This feeling is believed to be known as postpartum blues and is claimed to affect nearly 80 percent of women who give birth. It is estimated that approximately 15-20 percent of mothers suffer from postpartum depression. Symptoms include blues which do not go away and could possibly worsen into strong feelings of depression and anger. New mothers may also express a lack of interest in the baby, a fear of harming the baby and thoughts of self-harm or suicide.

When Rodriguez’s emotions did not decrease after a short time, she contacted her obstetrician’s office who quickly referred her to the Loyola University Health System (LUHS) Postpartum Depression Screening and Treatment Program.

The state of Illinois appears to call for that women should be screened once at the time of delivery. Apparently, LUHS program was under the direction of John Gianopoulos, MD, chair, Mary Isabella Caestecker professor and chair, department of obstetrics & gynecology, LUHS.

Sharon Bird, RN, LUHS stated that, “Unlike other programs, Loyola’s screening protocol requires that we check in with women at four points during and after their pregnancy to detect any risk factors. This has allowed us to better identify women at risk and offer care to meet the medical, psychological and emotional needs of our patients.”

In order to assess risk of postpartum depression, the standard Edinburgh Postnatal Depression Scale is noted to have been utilized. During an analysis, a nurse seems to administer the screening in which the mother is asked to answer 10 short statements about her feelings.

Evidently, if the mother is detected to be at risk, the nurse then works with the patient’s obstetrician in order to coordinate care with a psychiatry team and develop an individualized plan of support. Therapeutic options and mental health services such as individual therapy, peer support groups and couples’ counseling are believed to have been available to all patients. Rodriguez supposedly feels like herself again after having been treated with antidepressants along with individual therapy for more than a year.

Apparently the Loyola postpartum depression advanced screening program should help to detect women who are at risk for such conditions.

Rise of brain infection from tapeworm in Mexico?