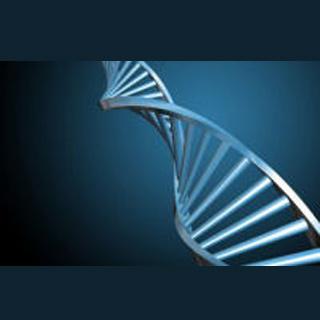 Scientists at the University of Liverpool are believed to have discovered that a DNA test, which reveals the level of activity of a virus related to the cause of tonsil, tongue and soft palate cancer, may assist medics in predicting which patients will respond better to specific types of treatments.

It was estimated that more than 7,000 people are diagnosed with head and neck cancer every year in the UK. In addition, nearly 3,500 cases seem to lead to death.

Apparently, these cancers include tumors of the mouth, lips, throat and voice-box. Moreover, few of these cancers appear to have been linked to the sexually transmitted infection, HPV-16. In order to examine genes which indicated this infection, scientists were observed to have analyzed the DNA of more than 90 cancerous tissue samples.

Mr. Richard Shaw, from the School of Cancer Studies, elucidated that, “Recent evidence demonstrates the possible involvement of HPV in the development of tonsil cancer, particularly in non-smokers. Interestingly, the treatment efficiency of chemotherapy and radiation seems to differ between HPV positive and negative cases. We also need to find out why only a small percentage of people with this common infection develop this cancer. Our study, however, gives us a new lead towards a risk marker.”

“It is thought that HPV interacts in the cell with genes controlling the chemical modification of DNA, which affects gene expression and tumor behaviour. Our study shows that HPV may be a trigger of tonsil cancer, independent of the known common causes, such as smoking or drinking. The work also suggests that a DNA test to determine the activity of HPV could be used to identify the most effective treatment for each individual patient,” continues Shaw.

The findings revealed that approximately two thirds of tonsil tumor samples seemed to have shown evidence of the HPV-16 gene. It is believed that chemical alterations in the virus’ DNA could possibly trigger the production of proteins which might change the rate at which cells grow and repair. Supposedly, this strongly increases the likelihood of cancer development in the later years.

Shaw further stated that, “Liverpool has the largest centralized head and neck oncology practice in the UK and our data show a doubling in the rate of non-drinkers and non-smokers presenting with tonsil cancer. As head and neck cancer is one of the cornerstones of the new CR-UK Cancer Centre in Liverpool, we are pleased to be making real progress in this area of research.”

However, latest studies have found that patients who suffer from the HPV infection when they are diagnosed with cancer, seem to respond fine to chemotherapy or radiation therapy in contrast to those who are devoid of the infection.

The findings of the study have been presented at the National Cancer Research Institute’s (NCRI) Cancer Conference in Birmingham.