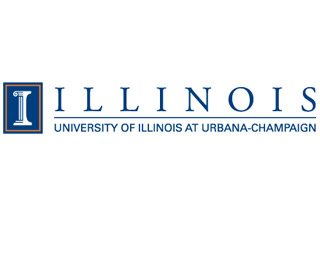 Obese individuals those who seem to be working really hard to lose weight with no apparent changes may now blame it on their body mechanism. According to a research conducted by University of Illinois scientists, when obese persons extensively reduce the diet, their bodies seem to oppose the process. Therefore it is essential for them to put in more effort and also go at a slower pace in order to fight out their brain chemistry.

The research specifically warns against the start of a relatively fast dietary process or a cleansing day which may accelerate changes in the immune system that resist weight loss. The idea suggested by researchers is to start with baby steps and go ahead steadily.

The research involved two sets of mice that were made to encounter a short-term fast. One group consumed a low-fat diet comprising of 10 percent fat for 12 weeks. The other group consumed a high-fat diet constituting 60 percent of fat and even developed obesity. Further, the mice were made to observe a fast for 24 hours. It unfolded that the skinny mice apparently lost 18 percent of their body mass while the obese mice seemingly lost just 5 percent of their weight.

“Our data show that fasting induces an anti-inflammatory effect on a lean animal’s neuroimmune system, and that effect is inhibited by a high-fat diet. Some of the brain-based chemical changes that occur in a lean animal simply don’t occur in an obese animal,” specified Gregory G. Freund, a professor in the U of I College of Medicine and a member of U of I’s Division of Nutritional Sciences.

He added that a particular immune component in the body attached to weight loss has not been identified. This result took place since obese animals oppose downregulation of genes that seem to put the interleukin-1 (IL-1) to action and developed an association to anti-inflammatory cytokines.

The mice were again examined for signs of depression or anxiety by keeping tabs on their movement and certain trails to gauge the animals’ memory. The findings suggest that the start of a diet with fast or near-fast may manipulate brain chemistry thus tampering mood and enthusiasm, and subsequently underplaying the person’s effort to control weight.

Locomotion of mice also appeared to be affected as the obese mice didn’t move and burrow in as normal ones would. This was supposedly linked to depression and anxiety. He concluded that onset of a weight loss program with low spirit and confidence and a sad frame of mind may not work well to achieve the diet’s target.

The research is published in the journal Obesity.