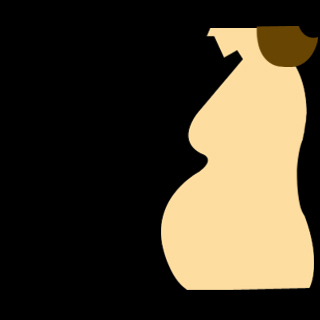 Here’s a piece of news that may interest pregnant women undergoing depression. A latest study claims that exposure to a certain group of antidepressant medicines during pregnancy seems to be associated with an increased possibility of adverse outcomes of newborns. For instance, there could be a low five minute Apgar score and entry to the neonatal intensive care unit (NICU). Apgar score is known to measure the overall health of the infant.

It was estimated that more than one in ten pregnant women have depression. Apparently, their depression is similar in occurrence and severity to postpartum depression. A class of antidepressants known as selective serotonin reuptake inhibitors (SSRIs) seem to have been used during pregnancy ever since the early 1990s. Additionally, it is believed to have been recommended as the first preference for pregnant women in several countries.

“Depression, antidepressants and lifestyle factors associated with depression may influence pregnancy outcomes and newborn health. The safety profile of antidepressant medication in pregnancy is undetermined, but depression during pregnancy can be serious and has been associated with an increased maternal mortality,” stated Najaaraq Lund, M.D., of the Bandim Health Project, Indepth Network, Bissau, Guinea-Bissau, and Aarhus University, Aarhus, Denmark.

During the study, the experts examined women who received prenatal care from the year 1989 to 2006. They were noted to have compared birth outcomes amongst babies born to nearly 329 women who were treated with SSRIs, with approximately 4,902 who had a history of psychiatric illness but were not treated with SSRIs and about 51,770 who had no history of psychiatric illness. Apparently, the birth outcomes included gestational age, birth weight and Apgar score.

The findings of the study revealed that women who took SSRIs during pregnancy seemed to have given birth five days earlier and had twice the possibility of preterm delivery in contrast to women with no history of psychiatric illness.

In addition, infants who were exposed to the medicines in utero appear to be considerably more prone as compared to the two groups that were not exposed to have a five minute Apgar score of seven or below or to be admitted to the NICU. It was noted that Apgar score of seven is a universal indicator of good infant health. Moreover, the head circumference and birth weight appear to have not differed between the three groups.

The study experts claimed that mothers consuming SSRIs prove detrimental to the baby since SSRIs readily cross the placenta and emerge inside the umbilical cord blood of infants. In addition, several earlier observations seemed to have shown withdrawal symptoms in infants born after exposure to the medications.

The authors concluded that, “The study justifies increased awareness to the possible effects of intrauterine exposure to antidepressants. However, treatment of depression during pregnancy may be warranted and future studies need to distinguish between individual SSRIs to find the safest medication.”

In this study, exposed infants who were admitted to the NICU were believed to have experienced symptoms that could be due to withdrawal from or adverse effects of SSRIs. The adverse effects were known to include anxiety, seizures, respiratory problems, infections and jaundice.

The findings of the study have been published in the Archives of Pediatrics and Adolescent Medicine.