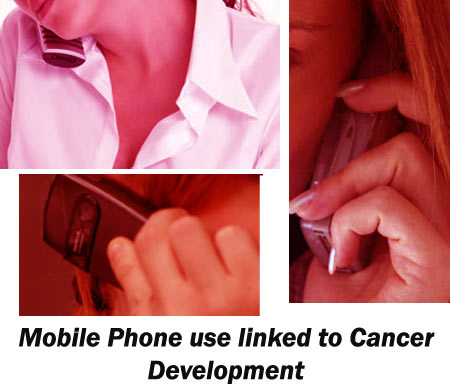 According to a study published by New Scientist, frequent use of mobile phones for a very long duration could eventually cause cancer. This study was conducted by Weizmann Institute of Science in Rehovot, Israel.

The study revealed that using a mobile phone for even five minutes could generate cell growth or division through particular pathways that are most commonly used by cancer only.

For the study, professor Rony Segar from the Weizmann Institute together with colleagues exposed rat and human cells to electromagnetic radiation of 875 megahertz, a frequency that is very similar to that emitted by mobile phones, but at only one tenth the power.

Within five minutes of exposure to the radiation, they observed the production of intracellular signal-regulated kinases (ERK1/2), which is nothing but a naturally occurring chemical that stimulates cell division and growth.

According to the researchers, since the power was low, it was not exactly able to produce considerable amount of heat to affect the cells or tissue. Thus, they concluded that the effect we believed to have come from the radiation itself.

And, it is common knowledge that cancer occurs when the growth of cells cannot be controlled by the body.

Professor Segar said, “The real significance of our findings is that cells are not inert to non-thermal mobile phone radiation. We used radiation power levels that were around one tenth of those produced by a normal mobile. The changes we observed were clearly not caused by heating.”

However, as of now, the jury is still deciding on the implications of this study. Maybe it’s time to start using earphones because its better to be safe than sorry.