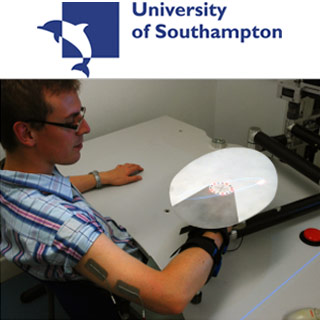 This news may relieve people suffering from stroke. Researchers from the University of Southampton are believed to be developing a new stroke rehabilitation technology. Patients may be able to operate this technology in their own homes while playing computer games.

It was noted that therapists, doctors, engineers and psychologists at the University have come collectively in order to set up ARM (Assessment, Rehabilitation, Movement). Supposedly, this is a distinctive proposal which makes use of ideas from industrial robots in order to assist patients recover and control movement of the arm and hand after a stroke.

Professor Jane Burridge of the University of Southampton’s School of Health Sciences stated that, “We felt it was important for people to have fun while they recovered. In fact we find it’s often difficult to get them to stop playing the computer games!”

“As far as we know no-one has tried using this technique – Iterative Learning Control – to help people move again after a stroke and much of the research and rehabilitation into the effects of stroke has focused on walking. We believe ARM is a great example of how state-of-the-art control theory, normally used for industrial robots, can be applied to challenges in rehabilitation,” continues Burridge.

Professor Burridge is known to be leading the ARM team. Apparently, this is the foremost group to take such a complete approach to upper limb stroke rehabilitation. The ground-breaking system developed by researchers from the University’s School of Electronics and Computer Science is believed to be working along with colleagues in Health Sciences. This system seems to aim in retraining weak or paralyzed arm muscles in patients who have undergone brain damage as a result of a stroke.

After preliminary successful trials at the University, the ARM researchers are believed to be at present applying the system in order to retrain hand and arm function with the help of computer games technology. Their research appears to have fascinated significant attention and interest including national and international awards.

“We can use state-of-the-art engineering discoveries to make a real difference to people’s lives. We are also breaking new ground in understanding how the brain recovers the ability to control movement of the arm and hand after stroke. This is essential knowledge to enable us to develop and test new treatments,” claims Burridge.

Professor Burridge further said that, “By assembling a multidisciplinary team and bringing together their insights and expertise we want to improve people’s quality of life after stroke by helping them regain the use of their arms. With this new technique our patients can actually see their progress and work to improve their performance, and have fun at the same time!”

The ARM team was observed to have collaborated with NHS hospitals and the Universities of Bournemouth and Keele.