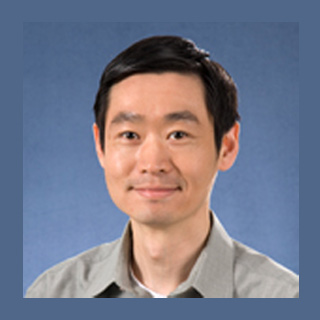 Scientists at the Wistar Institute seem to have identified an essential gene known as KLF17 involved in the spread of breast cancer. They also demonstrated that expression of KLF17 along with another gene called as Id1 seems to regulate breast cancer metastasis precisely thereby predicting whether the disease will spread to the lymph nodes.

Earlier, the function of KLF17 was believed to have been unknown. Deaths of most breast-cancer patients seem to be the result of metastasis. Metastasis is known to be a complex, multi-step and poorly understood process.

“Identifying the gene that suppresses the spread of tumor cells and the mechanisms by which this suppression occurs can lead to the discovery of new markers of metastasis and potential targets for cancer prevention and treatment,” says Qihong Huang, M.D., Ph.D., assistant professor at The Wistar Institute and senior author of the study.

During the study, Huang along with his colleagues introduced a genetic screen targeting nearly 40,000 mouse genes into mammary tumor cells which do not usually spread.

They were then believed to have transplanted those cells to the mammary fat pads in mice where they were supposed to remain. With the help of RNA interference (RNAi) technology, they subsequently decreased the expression of a metastasis-suppressor gene in nearly five mice one of which developed lung metastasis in about seven weeks. They found that RNA retrieved from the metastasized cells communicated to KLF17.

In order to determine whether KLF17 played a similarly role in human breast-cancer metastasis, the study experts were noted to have knocked down KLF17 expression in a tagged human-breast-cancer cell line. Furthermore, they transplanted these cells with a control group which was still expressing KLF17 into mammary fat pads of mice.

The findings of the study revealed that within eight to ten weeks, lung metastases seemed to have developed in the KLF17-deficient cells. However, the control cell set appears to be unable to metastasize thereby signifying that knockdown of KLF17 expression also promotes the spread of human breast-cancer cells.

Moreover, the study experts were interested particularly in genes whose expression were observed to increase in KLF17 knockdown cells but decreased in KLF17 overexpressing cells or vice versa.

They then collaborated with Professor Louise C. Showe, Ph.D. at the Wistar Institute and found the considerable genes which met these decisive factors. Supposedly, amongst them, the gene Id1 was found to be up-regulated in KLF17 knockdown cells and down-regulated in KLF17 overexpressing cells.

Latest findings suggest that Id1 seems to be deregulated in various types of cancers. Also, Id1 appears to be essential in the development of embryonic stem cell like phenotypes in cancer cells.

For the purpose of further investigating the interactions of KLF17 and Id1, the Huang lab was believed to have scanned a DNA segment of mouse Id1. Apparently, they discovered two potential KLF17 binding sites. Additionally, to study the consequence of Id1 upregulation in tumor metastasis in vivo, the team was observed to have produced tagged mouse and human cell lines expressing mouse or human Id1, respectively.

They found that following transplantation back into the mice, lung metastasis may perhaps have developed from Id1-upregulated cells. However, there appears to be no development in controls which reveals that Id1 expression promotes tumor metastasis in vivo.

Huang claimed that they are continuing to inspect ways in order to activate KLF17 and the methods by which that process could possibly slow or prevent cancer metastasis. Wistar experts are believed to studying further characterization of KLF17.

The findings of the study have been published in the Nature Cell Biology.