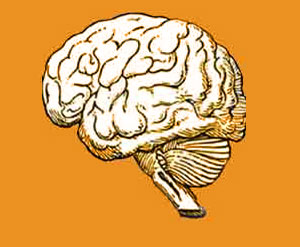 A new study shows that a growth hormone when experimented on mice showed positive results, however it had no particular effect on human beings. It did not help destroy beta-amyloid plaques or curb the disease progression in patients suffering from Alzheimer’s disease.

The growth hormones increased the levels of insulin-like growth factor-1 (IGF-1). When tested on animals, it showed an increase in clearance of beta-amyloid from the brain. However when the same was tested on humans, it did not have half the effect.

Jeffrey J. Sevigny, M.D., of Merck Research Laboratories, and his colleagues state that, “Given that multiple pathways contribute to the clinical Alzheimer’s disease phenotype it is possible that selectively altering the IGF-1 system alone is insufficient to slow the overall rate of disease progression.”

They studied more than 500 patients who were 50 or higher across the United States. These patients were prone to Alzheimer’s disease or were suffering from mild or moderate dementia. The scientists used the investigational compound MK-677 to enhance the blood levels of the hormone. MK-677 stimulates the flow of natural growth hormone from the pituitary gland. The growth hormone then influences the release of IGF-1 in other parts of the body.

These participants were randomly placed in two groups for 12 months. All the participants underwent brain scans. One was treated with a 25 mg dose of the growth hormone-stimulating agent MK-677, while the others were given placebos. MK-677 had some effect on the serum IGF-1 levels. Almost 80% increase was noticed in a year, far more greater than in the placebo group. In other words, MK-677 was successful in increasing the levels of IGF-1; it did not slow the symptoms of Alzheimer’s disease.

Sevigny says, “This work suggests that targeting this hormone system may not be an effective approach to slowing the rate of Alzheimer’s disease progression. Importantly it challenges the common theory that hormones may attack beta-amyloid plaque in the brain and builds on the body of clinical evidence for Alzheimer’s disease as we seek to develop more effective treatments.”

It is assumed that in the United States every 70 seconds, someone develops the Alzheimer’s disease. There are only five drugs to treat this disease that are approved by the FDA.

This new research is published in the Neurology issue, the medical journal of the American Academy of Neurology.