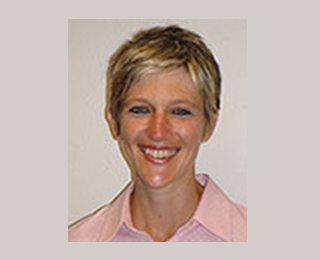 This piece of information may get all you readers startled! Women who are abused by close partners seem to suffer from higher rates of a wide variety of doctor-diagnosed medical problems in contrast to women who were never abused. Atleast this is what a latest study from the Ohio State University claims.

It was noted that several health problems are not usually understood as being associated with violence. For instance, abdominal pain, chest pain, headaches, acid reflux, urinary tract infections, and menstrual disorders seem to be normal medical troubles.

For the purpose of the study, Bonomi along with experts from the Group Health Research Institute and the University of Washington in Seattle were believed to have compared abused women with never-abused women. Their study examined data from nearly 3,568 women patients who were randomly selected at Group Health Cooperative, a health system in the Pacific Northwest.

All women in the study were noted to have agreed in giving the experts confidential access to their medical records. Furthermore, they were surveyed by telephone about whether they suffered from any physical, sexual or psychological abuse from intimate partners, including husbands and boyfriends, within the past one year.

The study experts were observed to have then examined the participants’ medical records from the past year in order to see the diagnoses they had received from doctors in primary, specialty and emergency care surroundings. They then compared the diagnoses of about 242 abused women with the remaining women who had never been abused.

“Roughly half of the diagnoses we examined were more common in abused women than in other women,” says lead author of the study, Amy Bonomi, associate professor of human development and family science at Ohio State University.

“Abuse is associated with much more than cuts and bruises,” adds Bonomi.

Although other studies have found a link between intimate partner violence and health, this is among the foremost major studies which has not depended on self-reports by women about their health status.

Bonomi further stated that, “We were able to go to the medical records and find out what abuse victims had been formally diagnosed with in the past year. These women are not just saying they are depressed or have cuts and bruises. They are going to the doctor and having their problems diagnosed.”

Additionally, the study seems to develop on earlier work because it includes a random sample of women enrolled in the health plan, and not just women who were already looking for some kind of health services. Bonomi claimed that many of the doctors involved in treating these women possibly were unaware of their abuse history.

“For most women, abuse likely never enters into the conversation with their doctors,” she says.

“Many women may not volunteer that they are in abusive relationships, so health care providers should be suspicious if their female patients have any of these diagnoses and symptoms that occur much more often among abuse victims,” elucidates Bonomi.

The findings suggest that physicians could perhaps make use of a ‘targeted screening’ approach with their female patients in order to determine if they are being abused. Moreover, any women who visit a doctor with complaints of depression, substance abuse, sexually transmitted disease, or cuts and bruises should be interviewed regarding the likelihood of abuse.

Bonomi was of the opinion that these findings may possibly be traditional, and that many abused women may experience even higher rates of some health problems other than what the study puts forward.

This is because the participants in this study all seemed to have health insurance. The findings also revealed that women who are not constantly insured appear to have increased rates of intimate partner violence and may have worse health in general.

The findings of the study have been published in the Archives of Internal Medicine.