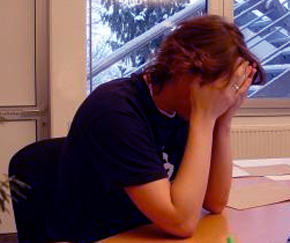 According to a new study, work can indeed kill you! Don’t believe us? Then, read on. The latest study on work-related stress provides the strongest evidence till date of how on-the-job stress increases the risk of heart disease by disrupting the body’s internal systems.

Also, this research is the first large-scale study of its kind to look at the cardiovascular mechanisms of work stress, providing strong proof that it can really lead to coronary heart disease (CHD).

The evidence that work-related stress could lead to coronary heart disease is either directly by activating stress pathways controlled by the interaction between the nervous system, the endocrine glands and their hormones, or indirectly via its association with unhealthy lifestyles.

Interestingly, this research is actually a part of the long-running Whitehall II study, which has been following 10,308 London-based civil servants since 1985. the research is led by Sir Michael Marmot, professor of epidemiology and public health at University College London, UK.

“Stress at work is associated with an increased risk of coronary heart disease but mechanisms underlying this association have remained unclear until now, “said Dr. Tarani Chandola, a senior lecturer in UCL’s Department of Epidemiology and Public Health, the first author of this study.

The researchers measured stress among the civil servants by asking questions about their job demands such as how much control they had at work, how often they took breaks, and how pressed for time they were during the day.

The team conducted seven surveys over a 12-year period and found chronically stressed workers — people determined to be under severe pressure in the first two of the surveys — had a 68 percent higher risk of developing heart disease.

The link was strongest among people under 50, Chandola said.

“This study adds to the evidence that the work stress-coronary heart disease association is causal in nature,” the researchers wrote in the European Heart Journal, where the research has been poublished.

In the study, stressed workers were found to have a lowered heart rate variability — a sign of a poorly-functioning weak heart — and higher-than-normal levels of cortisol, a “stress” hormone that provides a burst of energy for a fight-or-flight response.

Too much cortisol circulating in the blood stream can damage blood vessels and the heart, Chandola said.

“If you are constantly stressed out these biological stress systems become abnormal,” Chandola concluded.