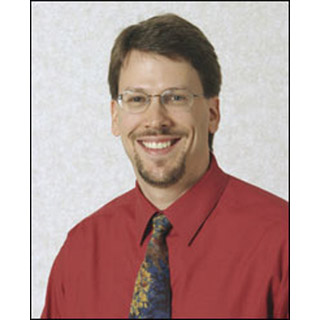 Spinal Cord injury is a major condition in the United Sates. It is believed that an estimated 1.3 million people in the U.S are suffering from spinal cord injury, experiencing paralysis and difficulties that comprise of bladder, bowel and sexual dysfunction and persistent pain.

For now, identical cells that are usually caught up in a later stage of injury repair and that are anti-inflammatory were said to be discovered to encourage effectual development of axons that attach nerve cells. Nevertheless, these cells apparently vanish soon post an injury, making it improbable that they may get an option to finish their work under naturally occurring situations.

Every responding cell in question is a macrophage, but the research exposed that they appear to have somewhat diverse distinctiveness that describe their roles. The research proposes that altering the equilibrium of how these cells are generated in favor of the anti-inflammatory macrophages could be a possible treatment approach for spinal cord injury.

Senior study author Phillip Popovich, a professor of neuroscience and molecular virology, immunology and medical genetics at Ohio State University, commented, “If these pro-inflammatory macrophages are a big part of the reason cells are dying, and we can figure out how to shut off that death cascade that they start, we might be able to minimize the amount of tissue damage. If that could be achieved by injecting a drug or giving a patient a pill for a set number of days after injury, that could improve a lot of function and quality of life for people who suffer a spinal cord injury.”

The spinal cords of mice with injury were compared to the spinal cords of uninjured mice. The mouse injuries were apparently similar to the most familiar contusion/compression spinal cord damage in humans that takes place when a vertebral bone or a disc collides with into the cord, thereby causing a lesion and bleeding.

Once they knew how M1 and M2 cells were spread at an injury place, the researchers sought to decide what those two kinds of macrophages could do.

They formed in vitro models, basically, test tube experiments, in which they assessed the impact of M1 and M2 macrophages on neurons.

The M1 macrophages destroyed neurons or stirred a developing kind of growth among their axons, which apparently operate as arms on neurons that reach out to join with other cells or to send and receive signals. This kind of budding of axons is linked with misguided circuits and may in fact cause chronic pain.

The M2 cells, on the other hand, apparently encouraged long-distance axon development without causing toxicity. This is the type of axon growth supposedly necessary to redevelop spinal cord tissue and is the kind of axon growth that may be usually inhibited by proteins and cells that hoard in the spinal cord after injury.

Popovich considers that the immune system may usually inhibit axon regeneration as its chief objective is to keep the injured spinal cord devoid of infection.

Popovich commented, “The only benefits we’ve shown so far were in vitro. There’s a chance we’ll never be able to figure out how to regenerate an axon. But if we could minimize damage caused by inflammation, that would be helpful. Each axon that dies gets you closer to a threshold where you lose function. If we could just keep axons and neurons alive, we may have a better chance at promoting recovery.”

PPARgamma agonists are a class of drugs that are used to treat diabetes. They are apparently known to encourage enrollment of M2 macrophages. Researchers ought to find out whether altering the equilibrium of macrophages in an injured spinal cord to support the start of M2 cells could in fact be helpful in a human body.

The research was presented at the Society for Neuroscience annual meeting in Chicago.