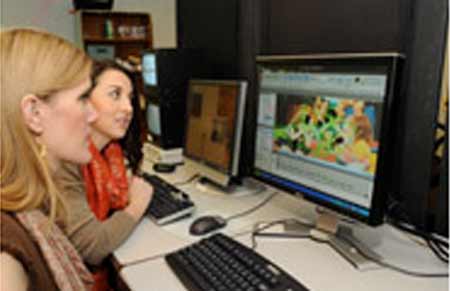 Previous studies have talked about the link between blinking patterns and autism and now scientists at University of Kansas have cited large pupil size and a saliva enzyme to be alternative biomarkers for the condition. According to the team, larger sizes of resting pupils and low proportions of an enzyme found in saliva could be treated as distinct indicators for this disorder.

This enzyme is apparently correlated with a neurotransmitter norepinephrine found in kids with ASDs. Called salivary alpha-amylase (sAA), the levels of this particular enzyme seemed to be low in autism patients. However, samples obtained during the day revealed that the levels were rather high among children with ASDs and appeared to fluctuate less. On the flip side, normally developing kids experienced gradual rises and falls of this enzyme in their bodies.

“What this says is that the autonomic system of children with ASD is always on the same level. They are in overdrive,” expressed Christa Anderson, assistant research professor.

Reported in the journal, Developmental Psychobiology, the report put forth low levels of this salivary enzyme as a vital marker for autism in addition to pupil size. Considering that this saliva substance is associated with norepinephrine, scientists believed that the latter could serve as a biomarker for autism.

However, another team argued that norepinephrine levels could have accumulated due to stress arising from blood drawing procedures. To eliminate this issue, the team placed a highly absorbent sponge swab below the kids’ tongues. This technique did not cause stress and thereby eliminated the possibility of it being linked to norepinephrine.

This method may have the potential to diagnose kids with autism at earlier stages and non-invasively, the team concluded.