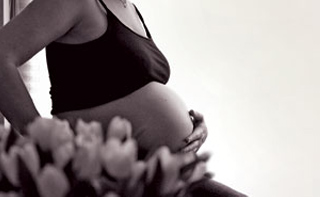 The link between the use of nonaspirin nonsteroidal antiinflammatory drugs (NSAIDs) during pregnancy and the chances of encountering an abortion is blurred as there has not been any concrete result to affirm it. In this view, a study conducted by scientists from the University of Montreal seeks to establish a quantitative relationship between spontaneous abortion and specific dosages as well as types of nonaspirin NSAIDs.

The analysis used a nested case–control design, where the scientists received information from the Quebec Pregnancy Registry for nearly 4705 women who faced a spontaneous abortion. For each case, the team used 10 controls from the other women in the registry in a random manner by matching the index date and gestational age.

There were also comparisons made between use of nonaspirin NSAIDs and non use. Also, varied types and dosages of the aforesaid drugs and their association with having a spontaneous abortion were considered. Suitable adjustments were made using conditional logistic regression.

“The use of nonaspirin NSAIDs during early pregnancy is associated with statistically significant risk (2.4-fold increase) of having a spontaneous abortion. We consistently saw that the risk of having a spontaneous abortion was associated with gestational use of diclofenac, naproxen, celecoxib, ibuprofen and rofecoxib alone or in combination, suggesting a class effect,” commented Dr. Anick Bérard, from the University of Montreal and the Director of the Research Unit on Medications and Pregnancy at CHU Ste-Justine.

The scientists say that gestational exposure to any type or dosage of nonaspirin NSAIDs may elevate the risk of spontaneous abortion. These medicines are supposed to be used carefully, they conclude.

The study is published in the Canadian Medical Association journal.