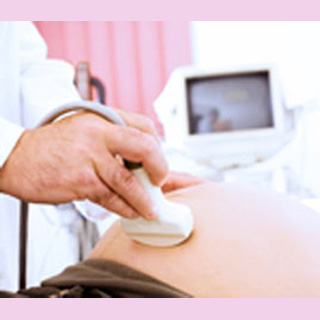 In a shocking revelation by researchers from Queen Mary, University of London, it has come to be known that the number of women conceiving babies with Down’s syndrome seems to have increased sharply in the last two decades since women have opted to have children later i.e. in their 30s and 40s.

Over the same period, there appears to have been major improvements in pre-natal screening for the condition. Moreover, there seems to have been a rise in the number of women being screened. Apparently, this signifies that the overall number of babies being born with Down’s syndrome has remained approximately level at around 750 babies every year.

This research was known to be based on the National Down Syndrome Cytogenetic Register (NDSCR) that has a unique resource held at Queen Mary, University of London. Also, NDSCR was believed to have recorded nearly all Down’s syndrome pregnancies and births in England and Wales since 1989.

“What we’re seeing here is a steep rise in pregnancies with Down’s syndrome but that is being offset by improvements in screening. It was thought that these improvements would lead to a decrease in the number of births with Down’s syndrome. However due to increases in maternal age this has not occurred,” said lead researcher, Joan Morris, Professor of Medical Statistics at Queen Mary, University of London.

“Other researchers here at Queen Mary have made major improvements to the Down’s screening test and it’s become more widely available over the last 20 years. This means we’re picking up more Down’s pregnancies,” she continues.

The findings of the research revealed that there seems to be a 71 percent increase in the number of Down’s syndrome pregnancies and births. Looking at this, the researchers were of the opinion that the reason may primarily be due to women delaying in having children.

It was noted that the likelihood of having a baby with Down’s syndrome is just one in 940 for a woman aged 30, but by age 40 the risk rises to one in 85. The number of babies born with Down’s syndrome seems to have fallen by merely one percent since 1989. Furthermore, there appears to have been a sharp increase in the proportion of Down’s syndrome pregnancies in women under the age of 37 i.e. rising from 3 percent to 43 percent whereas the figure in older women stayed constant at around 70 percent.

This detection was known to be carried out via screening and this may have been a reflection of improvements in screening, mainly for younger women. Additionally, the proportion of couples diagnosed with a Down’s syndrome pregnancy who chose to undergo an abortion seems to have remained constant at 92 percent.

The findings of the research have been published in the British Medical Journal.