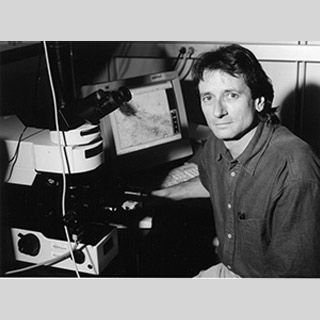 This news could startle a lot of people. Mainly because a new study from University of California, San Diego School of medicine claims that the regeneration of the central nervous system axons could be possible in rats even when treatment is overdue for more than a year following the original spinal cord injury.

Lead author Mark Tuszynski, MD, PhD, professor of neurosciences and director of the Center for Neural Repair at UC San Diego, and neurologist at the Veterans Affairs San Diego Health System, commented, “The good news is that when axons have been cut due to spinal cord injury, they can be coaxed to regenerate if a combination of treatments is applied. The chronically injured axon is not dead.”

The UC San Diego team apparently established effective regeneration of adult spinal cord axons, and then injury site in the cervical spinal cord and the middle region of the neck. Treatment was started at different time durations varying from 6 weeks to as long as 15 months subsequent to the original injury in rats.

It was observed that a number of mechanisms generate dreadful obstacles to regeneration of injured axons in chronic spinal cord injury. Some of them are scar formation at the injury site, a partial deficiency in the intrinsic growth capacity of adult neurons, the presence of inhibitors to growth, and, occasionally, extensive inflammation. Chronically injured neurons demonstrate a loss of expression of regeneration-promoting genes, and there seems to be progressive degeneration of spinal cord white substance further than lesion sites, apparently all leading to a bad environment for axonal re-growth.

Even under perfect laboratory circumstances, axonal re-growth is believed to be quite complex, thereby needing an amalgamation of three things i.e. a cellular bridge in the lesion site; a nervous system growth factor to direct axons to the accurate goal; and an incentive to the damaged neuron that turns on regeneration genes. By means of this combinatorial treatment, the study team supposedly attained axonal bridging further than the primary lesion site in rats when treatment was postponed for up to 15 months following the original spinal cord injury. Animals without the full combination treatment apparently did not show signs of axonal regrowth.

The experts also performed genetic studies to gauge how broad sets of genes in cells could be generated when treatment is deferred following injury. They found that, in spite of extensive delays, majority of the genes could still be turned on to maintain regeneration, thus signifying that a chronically injured cell may still be ‘primed’ to grow.

Tuszynski, stated, “Our findings indicate that there is potential for promoting repair of the injured spinal cord even in chronic stages of injury. While the regenerating axons grow for relatively short distances, even this degree of growth could be useful. For example, restoration of nerve function even one level below an injury in the neck might improve movement of a wrist or hand, providing greater quality of life or independence.”

The studies were conducted in sensory systems that communicate a sense of touch from the body to the brain. In ongoing studies, the scientists would be examining these methods for regenerating axons that control movement in chronically injured rats.

The study was published in Cell Press Journal Neuron.

Rock Climbing does not Increase Risk of Osteoarthritis, study proves