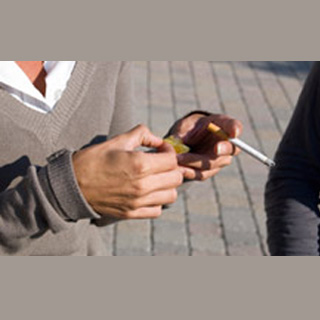 Since long, many studies have been performed along with countless techniques and methodologies with the expectation of reducing cigarette cravings in smokers. Unfortunately, none of them could gain complete success in the long run. A few months back, we had stated a news item from Exeter University which claimed that exercise may assist in quitting smoking. Adding to it, a latest study from the university for the foremost time shows that exercise could assist smokers in quitting. This is because exercise seems to make cigarettes less attractive.

The study was believed to have involved nearly 20 moderately heavy smokers, who had withdrawn from cigarettes for approximately 15 hours before the trial. The participants were noted to be taken to the laboratory and were shown smoking-related and neutral images. Later, they seemed to have spent either 15 minutes sitting or exercising on a stationary bike at a moderate intensity. Afterwards, they were again shown the images.

While the participants were shown the images, the team was observed to have made use of the latest eye tracking technology in order to measure and record their precise eye movements. They were able to show not only the length of time people stared at smoking-related images but also how fast pictures of cigarettes could perhaps grab their attention in contrast to non-smoking matched images.

Lead author of the study, Kate Janse Van Rensburg, PhD student from University of Exeter said that, “We know that smoking-related images can be powerful triggers for smokers who are abstaining. While we are no longer faced with advertisements for cigarettes, smokers are still faced with seeing people smoking on television, in photographs or in person. We know that this makes it more difficult for them to quit.”

“Because of this, it’s very exciting to find that just a short burst of exercise can somewhat reduce the power of such images. It is not clear if longer or more vigorous bouts of exercise have a bigger effect. This study adds to the growing evidence that exercise can be a great help for people trying to give up smoking,” continues Rensburg.

Various studies have shown that a single session of light to moderate intensity exercise, for instance five to fifteen minutes of brisk walking may lessen cravings and responses to smoking cues.

This is the first time eye-tracking technology claims to have been used to show that exercise can reduce interest in and salience of smoking cues that may cause lapses and relapse among smokers trying to quit.

The findings of the study have been published in the journal, Addiction.