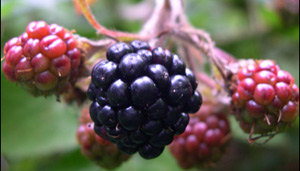 The key ingredient, pterostilbene, may be good for lowering blood cholesterol, previous studies had shown. Similar antioxidants have already been identified in grapes and red wine. Pterostilbene is also found in cranberries, sparkleberries, lingonberries and grapes.

Researchers led by Dr Bandaru Reddy gave rats a cancer-causing agent and fed them pterostilbene. They found that the rats had far fewer pre-cancers in their bowels than other rats, reported the online edition of BBC News.

The blueberry compound also reduced inflammation and the rate of cell division in the bowels, which are both considered to be cancer risk factors.

The researchers suggest the compound could be put into a pill although they said the best advice is to eat a healthy, balanced diet rather than rely on specific ‘super foods’.

Although experts do not know the exact causes of bowel cancer, the disease has been linked to a high intake of saturated fats and calories.

Dr. Reddy and colleagues believe pterostilbene may be able to reverse this process, possibly by lowering fat levels like cholesterol.

Experts already recommend eating plenty of fruit and vegetables – at least five portions a day – to guard against cancer and other diseases.