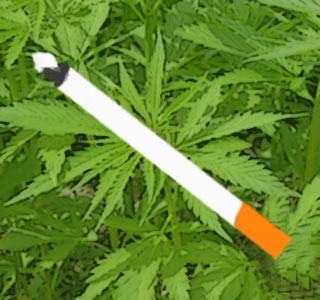 Innumerable studies are believed to have been conducted with the aim of verifying the effect that cannabis may have on the human body. One such study was believed to have discovered that cannabis smoking may deteriorate the human DNA, which could in turn increase their risk of developing cancer. This study was conducted by the investigators from the University of Leicester.

This observation was presumably made through the use of a highly sensitive liquid chromatography-tandem mass spectrometry method. The study experts have stated that parts of the Cannabis sativa plant may be commonly smoked as a recreational drug. However such a usage may not be legal in numerous countries.

Study investigator, Rajinder Singh, says that, “There have been many studies on the toxicity of tobacco smoke. It is known that tobacco smoke contains 4000 chemicals of which 60 are classed as carcinogens. Cannabis in contrast has not been so well studied. It is less combustible than tobacco and is often mixed with tobacco in use. Cannabis smoke contains 400 compounds including 60 cannabinoids. However, because of its lower combustibility it contains 50% more carcinogenic polycyclic aromatic hydrocarbons including naphthalene, benzanthracene, and benzopyrene, than tobacco smoke.”

It is presumably quite commonly known that the harmful substances in tobacco may be dangerous and cause damage to the human DNA, and also increase their chances of developing cancer. However it was not really known if cannabis may have the same effect as tobacco on the human DNA. For this purpose the present study was believed to have mainly scrutinized the toxicity of acetaldehyde, which is believed to consist in both cannabis and tobacco.

It was concluded that these findings may have provided information on the potential DNA damaging capability of cannabis. The smoking of these cigarettes may have detrimental effects on the health of an individual, and may even increase their vulnerability to the development of cancer.

These findings have been published in the issue of the American Chemical Society’s journal Chemical Research in Toxicology.