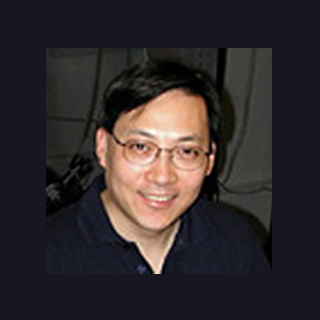 Scientists at the University of Pennsylvania School of Medicine have discovered that a dietary antioxidant may protect cells from damage caused by chemicals generated during the body’s inflammatory response to infection and injury. This dietary antioxidant is known to be present in vegetables such as broccoli and cauliflower. Moreover, this novel finding could possibly have implications for such inflammation-based disorders as cystic fibrosis (CF), diabetes, heart disease, and neurodegeneration.

By means of cell-culture studies and a synthesis of known antioxidant biochemistry, Zhe Lu, MD, PhD, Professor of Physiology, Yanping Xu, MD, PhD, senior author of the study and an investigator of the Howard Hughes Medical Institute, along with Szilvia Szep, PhD, postdoctoral researcher revealed that the antioxidant thiocyanate usually existing in the body seems to protect lung cells from injuries. Apparently, these injuries are caused by accumulations of hydrogen peroxide and hypochlorite, the active ingredient in household bleach.

In addition, these potentially harmful chemicals are known to be formed by the body as a reaction to infection and injury. Besides, thiocyanate also seems to protect cells from hypochlorite created in reactions involving MPO. MPO appears to be an enzyme released from germ-fighting white blood cells during inflammation.

The team further demonstrated that in three added cell types used to expand their ideas to other inflammation-related conditions, thiocyanate at blood concentrations of at least 100 micromolars i.e. micromoles per liter appear to have significantly decreased the toxicity of MPO in cells, including those lining blood vessels. These other inflammation-related conditions include heart disease, neurodegeneration, and diabetes. Humans naturally seem to obtain thiocyanate from some vegetables and blood levels of thiocyanate in the common population vary from 10 to 140 micromolar.

This comparison may perhaps raise the likelihood that without a sufficient dietary supply of thiocyanate, hypochlorite produced by the body during inflammation would cause additional collateral damage to cells. In turn, it could worsen inflammatory diseases and influence humans to diseases linked to MPO activity, including atherosclerosis.

The CF disease is known to originate from mutations in the CF transmembrane conductance regulator (CFTR) protein. CFTR protein seems to be an ion channel protein in the cell membrane frequently thought to transfer mainly chloride ions. However, it has remained a mystery why a defect in a chloride-transporting channel leads to cystic fibrosis. Cystic fibrosis is known to be a disease with exaggerated inflammation in both the lungs and the digestive system.

Lung injuries caused by excessive inflammation and recurring infection may lead to about ninety percent of CF patients’ symptoms and mortality. Though it is known as a chloride channel, CFTR could also carry out thiocyanate ions. This may be crucial in several ways because they can limit potentially harmful accumulations of hydrogen peroxide and hypochlorite, chemicals produced by the body to fight germs.

CF patients also appear to have a high incidence of diabetes, partly caused by damage to the pancreas. Type 2 diabetes is also associated with increased levels of MPO in the blood. The authors found that the MPO-caused injuries to pancreas cells and endothelial cells used in their experiments could possibly be greatly lessened by as little as 100 micromolar thiocyanate. Apparently, the findings raise the likelihood that MPO, in the absence of adequate thiocyanate, contributes to diabetes.

Moreover, in the cell-based experiments, thiocyanate at concentrations below 100 micromolars appears to have not eliminated hypochlorite accumulation and did not completely protect against MPO toxicity. Possibly, inadequate thiocyanate levels may intensify MPO-produced injuries in patients suffering from inflammatory diseases.

In other studies, MPO activity is known to have been linked to lung cancers among smokers and also implicated in neurodegenerative diseases. Interestingly, people with congenital MPO deficiency seem to be less prone to develop heart diseases. The team also found that MPO-caused injuries to nerve cells, as well as to blood vessel-lining endothelial cells that may be deeply reduced by 100 micromolar thiocyanate.

Genetic defects in the CFTR seem to influence CF patients’ lungs to excessive inflammation intertwined with persistent lung infection. Also, defective CFTR channels are anticipated to result in lower thiocyanate concentrations in the affected regions within the respiratory in addition to the digestive systems. This could in turn leave tissues insufficiently protected from collected hydrogen peroxide and overproduced hypochlorite.

Lu explained that, “In light of the obvious implications of this protective action of thiocyanate against the cell-damaging effect of MPO activity with regard to both CF disease and general population health, my colleagues and I will vigorously investigate the potential health benefit of thiocyanate. Until the research community acquires a better understanding of both positive and negative impacts of thiocyanate on human health, it would be unwise for anyone to self-administer thiocyanate because like many other chemicals, thiocyanate has adverse side effects at improper doses and/or under inappropriate conditions.”

The study authors were of the opinion that theoretically, delivering thiocyanate directly to the digestive and respiratory systems could be a therapy for CF disease. In regards to the general population, individuals with low blood levels of thiocyanate may be at risk for chronic injuries by MPO thereby, predisposing them to inflammatory or inflammation-mediated diseases.

Many investigators are believed to have proposed in developing drugs that particularly inhibit MPO-catalyzed hypochlorite production to combat these diseases. However, natural thiocyanate not only decreases MPO-catalyzed formation of hypochlorite but also rapidly seems to neutralize it.

The findings of the study have been published in the journal, Proceedings of the National Academy of Sciences.