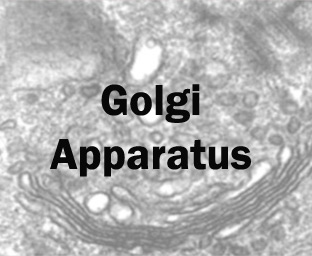 Jeffery Martin, an undergraduate student at Rensselaer Polytechnic Institute, has found out that a spoonful of sugar can be so useful that it can actually create an artificial Golgi apparatus.

Jeffery has practically used his basic lessons on sugar by creating a lab-on-a-chip device which builds complex, highly specialized sugar molecules which imitate the vital cellular structures in the human body – the Golgi Apparatus.

Robert Linhardt, the Ann and John H. Broadbent Jr. ’59 Senior Constellation Professor of Biocatalysis and Metabolic Engineering at Rensselaer and Martin’s adviser said, “Almost completely independently he has been able to come closer than researchers with decades more experience to creating an artificial Golgi. He saw a problem in the drug discovery process and almost instantly devised a way to solve it.”

The Golgi Apparatus is nothing but the cells which build sugar in a cellular organelle. Golgi appears like a stack of pancakes. The protein synthesis procedure is completed by the strange looking organelle which decorates the proteins with specialized arrangements of sugars. The sugar-coated molecule is finally sent out into the cell to help in cell communication which helps to establish the cell’s function in the body.

Martin’s artificial Golgi works in the same way just like the natural Golgi; but Martin gave the ancient organelle a very high-tech makeover. The chip looks just like the miniature checker board where sugars, enzymes and some of the other basic cell materials get suspended in the water and can be passed and mixed by applying electric currents to the location squares on the checker board.

Through this procedure the sugar gets built in an automated fashion which is then exposed to different types of enzymes found in the natural Golgi. Thus the resulting sugar is tested on living cells or on the chip and in the lab to verify their effects.

Martin stated, “The chip’s ability to process many combinations of sugars and enzymes could enable researchers to quickly develop new sugar-based drugs”.

Martin added, “I am very grateful to have the privilege of working with Dr. Linhard who has discovered the recipe to make fully synthetic heparin. Because we know the recipe, I am going to use it as a model to test the device. If our artificial Golgi can build fully functional heparin, we can then use the artificial organelle to produce many different sugar variants by altering the combination of enzymes used to synthesize them.
Another great thing about these devices is that they are of microscale size, so that if needed we could fill an entire room with them to increase throughput for drug discovery”.

“Since it is known that these types of sugars play a part in many important biological processes such as cell growth, cell differentiation, blood coagulation, and viral defense mechanisms, we feel that that this artificial Golgi will help our team to develop a next generation of sugar-based drugs, known as glycotheraputics. We are going to start making new combinations and we simply don’t know what we are going to find. We could find a sugar whose signal blocks the spread of cancer cells or initiates the differentiation of stem cells. We just don’t know,” noted Martin.

Scientists at present just know some of the uses of the sugar combination like heparin, from the millions of other sugar combinations. Artificial Golgi helps in developing a sugar-based drug which is known as glycotheraputics. Martin predicts that further research would aid them to find a sugar whose signal blocks the spread of cancer cells.