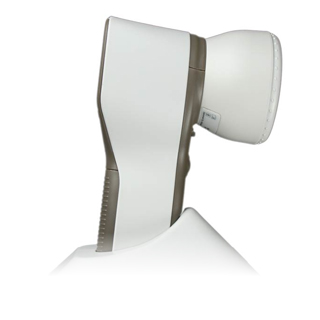 As per American Cancer Society, by the end of this year, almost 70,000 Americans would have been detected with melanoma which is said to be the most hazardous type of skin cancer.

Neal Nurnberg was detected with a Clark’s Level III melanoma and he couldn’t believe that an outdated and ineffective procedure is used by most physicians to document and observe the look of lesions during a skin cancer screening. Following this, Neal decided to look for a solution to combat this problem as melanoma is quite a grave disease and needs a proper equipment to monitor and diagnose it.

Nurnberg commented, “Like most dermatologists, my physician measured suspicious moles by hand and called out each measurement, shape and color to his assistant, who wrote it down on paper. Then, his office used a standard digital camera to record the lesions for future reference.”

Nurnberg observed that it took several efforts for the physician’s assistant to arrest a visible photograph, and even then, the images were inconsistent due to alterations in room lighting and space between the camera and skin. Moreover, any documented information had to be recorded into his electronic medical record physically.

Nunberg mentioned, “I remember feeling like this process took a lot of time and allowed a lot of room for error. I left the doctor’s office thinking surely there must be some technology out there that can benefit these doctors and their patients.”

Later, Nurnberg and his business partner Jacob Golden created MidCon Distribution to look for and fetch ground-breaking medical products like the Optomed Smartscope M3-1, to physician practices across the United States. The device was formed in Finland.

The Smartscope is a handheld, cordless digital imaging device that utilizes LED lighting and a fixed-zoom lens to supposedly generate reliable, dependable images during skin cancer screenings. The Macro Image Manager software that Nurnberg and Golden designed exclusively for the Smartscope gauges lesions mechanically and enables a physician to fasten notations to the images. This information then apparently becomes part of a patient’s electronic medical record and is documented to trail lesion development in due course.

Nunberg remarked, “The Smartscope and its software help diminish the opportunity for human error when it comes to recording and monitoring skin lesions that could be cancerous. This not only saves the physician time while collecting accurate information, it offers the patient a better experience as well as peace of mind.”

The device can be obtained exclusively through MidCon Distribution. It costs thousands of dollars less than huge wired digital imaging devices. Thus it is a reasonably priced option to other digital dermatoscopes at present on the market.

Moreover, the Smartscope’s strong facilities could be a perfect inclusion to any general or dermatology practice seeking to suggest dependable, breakthrough medical technology to patients.