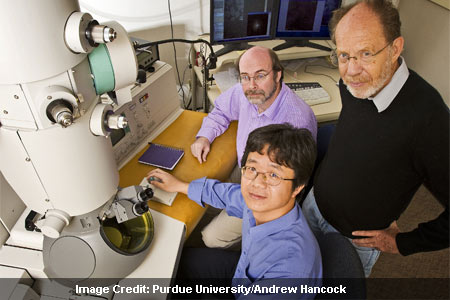 With the growing swine flu pandemic, researchers across the globe seem to be at their heels to understand other viruses as well. A latest endeavor by researchers from Purdue University, University of Michigan and University of California reveals novel efforts that look into how two groups of viruses may be causing diseases. Apparently, they intent to explore key details of two disease-causing viruses. This should allow them to develop enhanced vaccines and antiviral drugs for the viruses.

In addition to posing a potential threat to health, the viruses could also be dangerous as far as homeland security is concerned. Researchers reveal that this is mainly because they have been utilized to create biological weapons.

While one group includes West Nile and dengue and is called flaviviruses, the other group is called alphaviruses and comprises of eastern equine encephalitis and chikungunya. Supposedly both the virus types are transmitted by mosquitoes and sometimes ticks.

“Viruses within these two groups pose significant risks to large segments of the population, and methods for controlling infection and disease are few,” Richard Kuhn, a professor and head of the Department of Biological Sciences at Purdue mentioned. “These are really important human diseases.”

“Although these viruses are now mostly restricted to the tropics, as population density increases in cities and there is a greater global movement of people, there is the fear that these viruses are going to gain a greater geographical range,” Kuhn added. “There also is the possibility of terrorists using weapons made from these viruses, so a better understanding of their life cycles could lead to ways to defend against attacks.”

Using advanced imaging technologies like cryoelectron microscopy and X-ray crystallography, the researchers will also make use of techniques in biochemistry like molecular biology and genetics. This should enable them to discover important structural details about the viruses. A two-layer outer protein-and-lipid membrane envelope along with a genome of RNA, or ribonucleic acid is known to feature in both viruses. The heads of key proteins supposedly protrude outward like spikes and the tails extend into the virus in alphaviruses. As for the flaviviruses, they apparently have proteins that lie flat on the surface of the virus’ outer shell

“The current understanding of alphavirus and flavivirus life cycles at the molecular level is incomplete because we lack a structural foundation for the viral and host proteins involved in RNA replication, how this genome is packaged, and how the virus is assembled inside the host cells,” Kuhn further mentioned. “We are interested in their life cycles. What do they look like? How do they get into cells? What happens once they do? Then, how do they assemble themselves and exit the host cells?”

In addition to this, scientists will also probe how antibodies bind to the viruses.

“Using structural information, we can figure out how the antibodies work and which sites they specifically bind to on the outside of the viruses, and those findings may lead to better vaccines and antiviral drugs and a better understanding of how the viruses infect host cells,” elucidates Kuhn.

An extension of earlier work that commenced in 2002, the research will continue to establish a comprehensive facility for viral structure and functional analysis. Besides a part of the novel research will be in a modern lab for virus analysis in the Wayne T. and Mary T. Hockmeyer Hall of Structural Biology, that is slated to open by the end of the year.

Maternal paracetamol use elevates risk for asthma in children?