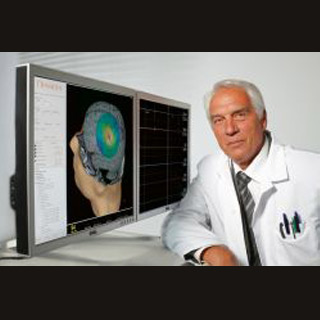 Nexstim, a medical device company declared that the FDA has approved its Navigated Brain Stimulation System for use in the evaluation of the primary motor cortex for pre-procedural planning.

By means of transcranial magnetic stimulation (TMS) steered by normal MR-image data, Nexstim has supposedly created Navigated Brain Stimulation (NBS). This apparatus is claimed to be the first non-invasive direct method for useful mapping of the motor cortex. In its FDA submission, Nexstim is said to have incorporated information comparing the correctness of NBS pre-operative mapping with the outcomes of ‘gold standard’ direct cortical stimulation in the real brain tumor surgery.

Lothar Koob, Chairman of the Board of Nexstim, commented, “This first FDA clearance for Nexstim marks an important milestone in the development of the company, and based on very encouraging feedback from clinicians we see many additional potential applications for our proprietary navigated brain stimulation technologies.”

Neurosurgeons have apparently waited for a dependable non-invasive, instrument for pre-operative preparation as a substitute to direct cortical stimulation for quite some time.

Cortical mapping along with NBS seems to be a chief progress that could aid in modifying neurosurgical treatment and preparing for the requirements of the individual patient. Thereby they may potentially save precious time in the OR and assist in assuring the best likely result for the patient.