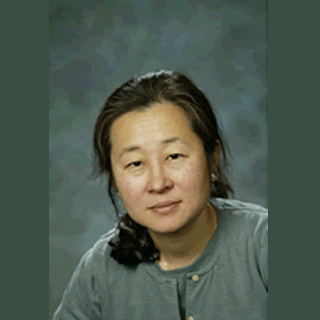 Presently, a protein known to arouse blood vessel growth seems to have been found to be responsible for cell overgrowth in the development of polyps. Atleast this is what Johns Hopkins researchers claim. Polyps apparently characterize one of the most severe forms of sinusitis and typically defy all existing treatments.

Chronic sinusitis is known to be a constant irritation and inflammation of the nasal passages. Additionally, it seems to be a common condition thought to affect about one out of every six people. More so, this problem appears to have several forms with a range of severities.

One of the most severe forms supposedly produces polyps. Polyps are believed to be overgrowths of unhealthy sinus tissue that can block the nose and sinus passages and make breathing via the nose difficult or impossible. This often appears to result in pain, swelling and a raise in infections. However researchers seemed to be unsure as to how many people suffer from this subtype. It’s estimated to affect between 15 and 30 percent of sinusitis patients.

Surgery to remove the polyps is known to be one of the most common treatments for this disease. But, nasal and sinus polyps in these patients nearly always appear to regrow. Furthermore, once the patient has entered the cycle of growing polyps, it could be very difficult to get out. Another common treatment is oral steroids, but these drugs appear to have been loaded with many injurious side effects and also only temporarily treat the disease.

The researchers were noted to have extensively studied sinusitis by frequently growing sinus cells isolated from patients in petri dishes. After noticing that cells from patients with polyps typically multiplied faster than cells from normal patients, they thought that cells from polyp patients may be able to produce added amounts of some type of growth factor, a protein that encourages cell growth.

In order to recognize which growth factor might be to blame, the researchers seemed to have gathered sinusitis patients with and without polyps. Subsequently, the patients were told to rinse their sinus passages with a wash solution. Further, they tested the additional for the presence of various growth factors.

The researchers found that solution from patients with polyps seemed to have contained high amounts of a substance called vascular endothelial growth factor (VEGF). VEGF is known to be a protein crucial for normal blood vessel growth. Additionally, it seems to play a key role in a variety of diseases, including cancer. More VEGF they found in a cell culture, the faster those cells appeared to have grown.

To further examine whether this protein is present not only in the sinus passages but also in the sinus tissue, Kim along with her colleagues was noted to have made use of a stain. This stain apparently highlights VEGF on sinus tissue removed from polyp-producing patients and those with other types of sinusitis.

Kim was of the opinion that the stained tissue from polyp patients ‘lit up very dramatically, like a city skyline’, while the tissue from other patients showed little to no staining. These findings confirmed that the sinuses of patients with polyps seemed to be overproducing VEGF. However, the researchers still weren’t sure that VEGF was instigating cell overgrowth seen in polyps.

Looking for a cause-and-effect relationship, they were believed to have treated cells isolated from sinusitis patients with agents that inhibit VEGF production and action. The cells from polyp-producing patients could perhaps have slowed their growth rate to match that of normal patients.

“It’s a strong indicator that VEGF is indeed responsible for the over-exuberant cell growth that contributes to polyp development,” says Kim.

The research findings suggest that doctors may ultimately treat sinusitis in patients with polyps via therapies that lessen VEGF in sinus tissues. They anticipate that in the future, they could possibly have a nasal spray with an anti-VEGF agent in it.

The findings also suggest a novel way of predicting which patients will go on to develop polyps. Moreover, they may also simplify tracking the progression of the disease, a process which now relies on repeated CT-scans, which expose patients to radiation.

Since many patients with polyps already make use of sinus washes to ease their symptoms, doctors could perhaps be able to use any VEGF present in the extra from these washes as a marker for the disease and its severity. Also, these findings may give scientists a novel target for developing new therapies to treat this form of the disease.

The findings of the research have been published in the American Journal of Respiratory and Critical Care Medicine.