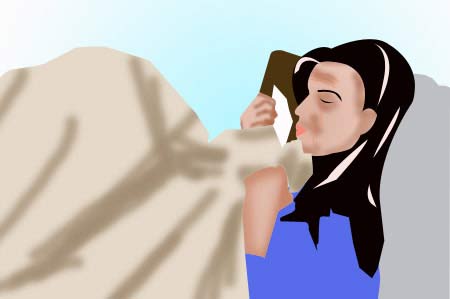 Making infants sleep at night can be a challenge for mothers, but what if they themselves are stressed out? Investigators from the National Sleep Foundation have revealed that depressed mothers may disturb their children’s sleep.

For the study, almost 45 mothers with children aged between 1 to 2 years were examined at their homes. They were surveyed regarding depression and their kids’ sleeping routines. Mother who were depressed seemed to wake up the children at night for their own emotional support. These moms also appeared to be overly concerned regarding their infants’ comfort and sounds. In other words, they made their babies sleep with them and quickly responded to their needs, even when there was no need for it.

“Although we found greater support for mothers’ behavior explaining the relation between depressive symptoms and infant night wakings, it’s likely that both infants and parents influence infant sleep. This helps us better understand what factors influence infants’ sleep in homes in which mothers are depressed,” commented Douglas M. Teti, professor of human development, psychology, and pediatrics at the Pennsylvania State University, the study’s lead author.

Nevertheless, the team did not blame mothers entirely. Both the parent and the child play a role in deciding the sleep quality of the latter. Depressed moms can be counseled to lessen anxieties related to their children. Sleep is one of the common problems in young kids, which is why the link between parental conditions and infant sleep needs to be tackled.

The study is published in the recent issue of the journal, Child Development.