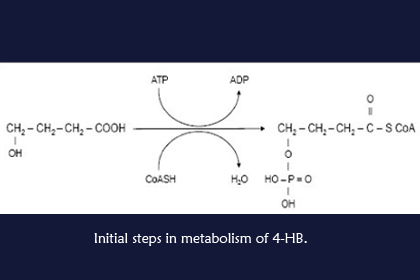 A naturally occurring brain chemical called as 4-hydroxybutyrate (4-HB) could perhaps be abused or used as a date-rape drug. At present, a team of Ohio and Michigan scientists are believed to have established novel routes through which 4-HB is metabolized by the body.

4-HB is known to be a derivative of a major brain neurotransmitter in humans and other species. Additionally, it seems to occur naturally in minute amounts inside the brains of most animals and humans. In a rare genetic metabolic disorder, 4-HB apparently accumulates in very high levels thereby causing considerable developmental delays and seizures.

However, 4-HB also called as gamma hydroxybutyrate (GHB) may be best known and most feared when it is consumed orally. This is because it is a drug that could possibly impair the ability to exercise judgment, like rohypnol and ketamine hydrochloride. For that reason, it appears to have been used to assist acquaintance sexual assault, usually called date rape.

Co-author of the study, K. Michael Gibson, professor and chair of biological sciences at Michigan Technological University said that, “This is new and important information. It may provide new clues on how to counteract the drug’s effects, or to enhance its metabolism and decrease toxicity for chronic abusers or victims of sexual assault.”

During the study, co-author of the study, Guo-Fang Zhang and Gibson along with colleagues was observed to have analyzed the chemicals formed by the breakdown of 4-HB in mice and rats. The authors seemed to have made use of very sophisticated mass spectrometry approaches to recognize earlier unknown enzymes and pathways. Apparently, these pathways appear to act on 4-HB and other similarly structured compounds.

This study supposedly was performed inside the laboratory of Prof. Henri Brunengraber from the Department of Nutrition at Case Western Reserve University School of Medicine. They found that 4-HB could perhaps be metabolized by two diverse chemical mechanisms or pathways.

This study could possibly assist in developing novel antidotes and treatments for people who have ingested 4-HB. Also, it may be a cure for children with the rare genetic disorder that causes the compound to accumulate in high levels. Additionally, the discovery of those pathways may perhaps open the door for potential studies that can identify the enzymes involved in the next steps of the breakdown of 4-HB.

The findings of the study have bee published in the Journal of Biological Chemistry.