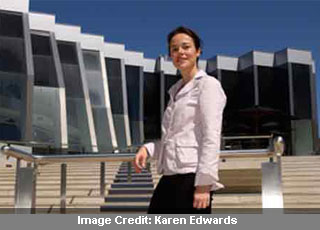 The body is a complex mechanism which is susceptible and irresistible to infections. A beneficial therapeutic alternative to combat all such diseases is like asking too much. But, we look closer to achieving it as scientists from the Australian National University have uncovered a new type of cell that accelerates the body’s capacity to ward off infections and fatal disorders.

“Natural killer T cells, unlike other T cells, recognise molecules known as lipids instead of just recognising proteins expressed by infectious bacteria. These types of bacteria can cause life-threatening infections, including meningitis and pneumonia. NKT cells don’t just recognise lipids – they can be naturally activated by them. Not surprisingly, NKT cells have been shown to play important roles in combating infection and in other immune processes including allergy, cancer and autoimmunity,” commented Professor Carola Vinuesa from The John Curtin School of Medical Research.

These protective cells appeared to be a non-chemical based and natural avenue for the human body to combat bacteria and other invading pathogens. Moreover, the NKTfh cells also seemed to trigger the body’s germinal centres that usually created high antibody responses to protein antigens. Both these attributes supposedly provided a natural stimulation to B cells, consequently enhancing the human immune system and its capacity to resist afflictions.

Notably, the NKTfh cells provided the aforesaid advantages without synthesizing long-lived antibody-producing cells. The findings will enable scientists to find ways of achieving immune response for microbes containing lipids and aid in locating the best antibody responses on this front.

The report is published in the journal, Nature Immunology and Immunity.