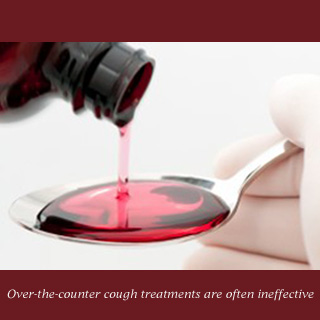 Scientists from Imperial College London and the University of Hull have discovered how environmental irritants such as air pollution and cigarette smoke apparently cause people to cough. In addition, they have recognized the reaction inside the lungs that could possibly trigger coughing when a person is exposed to particular irritants in the air. They suggest that their findings may eventually lead to the development of novel treatments for chronic coughing.

Coughing is known to be the most common reason for people visiting a family doctor. Moreover, treatment options appear to have been limited for people with chronic coughing. However, a recent study concluded that over-the-counter medicines may possibly be ineffective. Also, there seems to be a rising concern about the safety of these therapies in children.

Professor Maria Belvisi, corresponding author of the study from the National Heart and Lung Institute at Imperial College London said that, “For some people, chronic coughing can be annoying and uncomfortable, but for others it can be distressing and can have a severe impact on their quality of life. Many people say that certain things in the air can make them cough and we are very excited that we have shown, for the first time, exactly what is probably happening inside the lungs. Now that we think we have cracked the mechanism, we can start investigating whether we can stop people from coughing excessively by blocking the receptor protein that triggers it.”

In order to reach their conclusions, the authors were first observed to have examined sensory nerves from mice, guinea pigs and humans. Subsequently, they showed that the receptors on the sensory nerves seemed to have been activated by a number of irritants, including a key compound in cigarette smoke i.e. acrolein and a chemical called cinnamaldehyde. Further, they seemed to have blocked the receptors and showed that these substances no longer activated the nerves.

Finally, lead author of the study, Professor Alyn Morice at the University of Hull along with his colleagues was believed to have examined the effect of inhaling the chemical cinnamaldehyde in humans. Ten healthy, non-smoking volunteers appeared to have inhaled the chemical along with control substances. The authors measured the volunteers’ cough response on five occasions, 2-3 days apart. They found that all of the volunteers seemed to have coughed after inhaling the compound.

The existing study for the first time was noted to have shown how coughing can be triggered when a person is exposed to certain irritants in the air. Furthermore, it indicates that the irritants may be able to switch on receptor proteins called TRPA1 on the surface of nerve endings in the lungs. Supposedly, this switches on sensory nerves, which then activate a cough reflex.

The study authors were of the opinion that coughing could possibly be treated by blocking TRPA1 receptors in order to end irritants in the air from setting off this chain reaction. They anticipate that this may ultimately assist millions of people who suffer from chronic coughing.