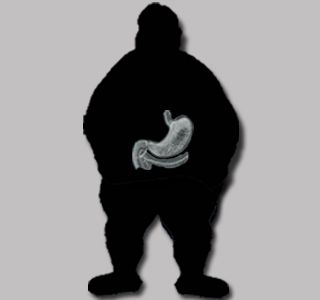 Obese people have to experience various adverse health effects due to their excess weight. Now a latest study has added to the obesity-related diseases. They state that obese people may be more prone to developing cancer, have lower survival rate and are also more likely to experience a relapse in pancreatic cancer post surgery. This may mainly be applicable to those obese people with a body mass index of more than 35. This study was conducted by the University of Texas M.D. Anderson Cancer Center, Houston.

It is stated that over the past two decades, obesity has increased significantly in the United States. The study authors state that previous studies conducted on obesity-related diseases have shown an increase in the prevalence of pancreatic cancer in obese patients. It is further stated that a link has been administered between obesity and lower survival rate in patients suffering from pancreatic adenocarcinoma. However, its process and mechanism are still not clear.

Jason B. Fleming, MD, University of Texas M.D. Anderson Cancer Center, Houston, and colleagues state that, “We identified a subset of obese patients (BMI greater than 35) who were at 12-fold risk of lymph node metastasis compared with non-obese patients (BMI of 35 or less). The estimated disease-free and overall survival rates were decreased in the obese patients, and the risk of cancer recurrence and death after pancreatectomy [removal of the pancreas] was nearly twice that in non-obese patients. Cancer recurrence was observed in 95 percent (19 of 20) of patients in the group with a BMI of more than 35 vs. 61 percent (161 of 264) of all other patients.”

It was further stated that previous studies had also pointed out the possible link between a higher body mass index and an increased risk of fatality from pancreatic cancer. The present findings have further added to the previously known data. They have stated that this link holds true even for those patients who have undergone surgery to treat pancreatic cancer. The study investigators suggest further studies on the topic to also include a search for tumor markers in such patients.

Their findings are published in the issue of the Archives of Surgery, one of the journals of JAMA/Archives.

Research: Skull Deformity due to Alteration in the Stem Cells