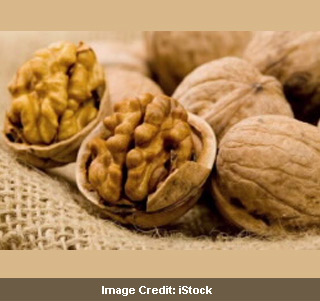 Nuts, the rich sources of antioxidants apparently contain healthful polyunsaturated and monosaturated fats. It now appears that walnuts have the highest quality antioxidants than any other nut. According to a recent research, the healthful antioxidants in walnuts are extremely helpful to keep the heart healthy.

During the study, investigators compared antioxidants in nine different types of nuts namely walnuts, almonds, peanuts, pistachios, hazelnuts, Brazil nuts, cashews, macadamias, and pecans. As a result, the highest levels of antioxidants were reportedly found in walnuts. Also the quality or potency of antioxidants present in walnuts may be highest among the nuts. The antioxidants in walnuts allegedly were 2-15 times as potent as vitamin E. This level of antioxidants can presumably protect the body against damaging natural chemicals involved in causing disease.

However, it seems that eating walnuts raw or unroasted is better as heat from roasting is known to decrease the quality of antioxidants. Joe Vinson, Ph.D., who did the analysis and colleagues mentioned that just a handful of walnuts contain almost twice as much antioxidant as an equivalent amount of any other commonly consumed nut. Yet, people don’t eat a lot of them. Experts suggest that consuming a good amount of walnuts daily is a simple and healthy means to avert heart ailments.

The research was presented at the 241st National Meeting and Exposition of the American Chemical Society.