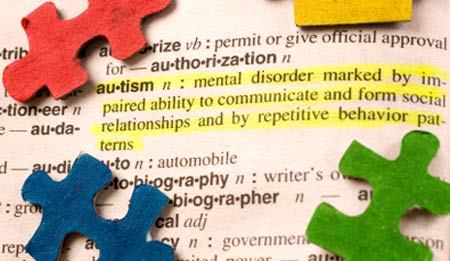 The proposed new definition for autism spectrum disorders (ASDs) will be implemented in 2013. With many professionals worldwide reviewing the autism guidelines, Yale University scientists have put forth their perspective on this issue.

The new autism definition will be published in the Diagnostic and Statistical Manual of Mental Disorders (DSM-5) of the American Psychiatric Association (APA). This team conducted an analysis with nearly 933 persons showing certain symptoms of the disorder. They found that almost 25% suffering from classic autism and about 75% affected by Asperger’s Syndrome or other related disorders were not eligible for an autism diagnosis, as per the new rulebook.

Moreover, individuals who functioned better may not conform to the criteria, as compared to those with mental disabilities. However, the team believes that the new definition needs to be evaluated via research as well as clinical procedures. Initial studies have also shown that the number of individuals diagnosed with ASD’s will probably decline as per the new DSM-5 criteria.

The scientists asserted that this trial was conducted on a small group of people and therefore more studies to assess the aforementioned guidelines are required. This report is published in the April edition of the Journal of the American Academy of Child & Adolescent Psychiatry.