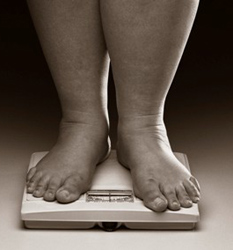 Overweight people face 50 percent higher risk of becoming asthmatic. According to American researchers, for every normal weight person who suffers from asthma, there are 1.5 asthmatic patients who are overweight or obese.

The risk of having asthma for those who were obese was twice that of someone with normal weight, said the researchers whose findings were published in the American Journal of Respiratory and Critical Care Medicine.

They classed normal weight as someone with a body mass index below 25, overweight over 25 but below 30, and obese as 30 and above.

But the specialists could not pinpoint what caused the increased risk of asthma. Obesity is well established as a risk factor for diabetes and heart disease.

The researchers came from the US National Jewish Medical and Research Centre and University of Colorado. They reviewed seven studies involving over 330,000 adult patients, reported online edition of BBC News.

Asthma is a chronic disease of the airways that cannot be cured. Victims have symptoms like wheezing (a whistling sound when they breathe), coughing, chest tightness and trouble breathing, especially at night and in the early morning.