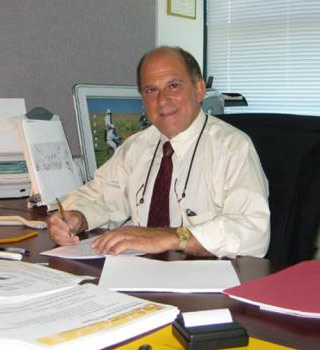 Earlier in the day we had reported about the association of weight loss and improved cardiac health. Here’s one more news pertaining to obesity. According to researchers from Brown University, Rhode Island Hospital and University of Texas Southwestern Medical Center control of a key enzyme in the brain namely Sirt1 seems to hold the clue for potential obesity treatments.

The scientists suggest that inhibition of the Sirt1 enzyme in the brain appears to help control food intake. The Sirt1 enzyme has been the center of attention since long considering its probable link to a longer life. Some people believe that activating the enzyme elsewhere in the body by fasting or with red wine could help in increasing the lifespan. Certain scientists too are of the opinion that fasting and drinking wine may help in this hunt as both are likely to activate Sirt1.

However investigators associated with this present finding claim to have uncovered the potential health benefit of Sirt1 in the brain. Probably aiding people in staying thinner, the scientists ascertained that inhibiting Sirt1 activity in the hypothalamic region of the brain seems to help in controlling food intake. This new finding could lay the groundwork for new obesity treatments.

A result of the first detailed analysis of the metabolic part played by Sirt1 in the brain, this new research proposes that the enzyme could behave differently in the brain as compared to other organs of the body. The activity of Sirt1 in the liver and pancreas appears to have been examined more commonly. So far research on Sirt1 supposes that fasting may activate the enzyme to consequently increase life. Various drug companies and scientists too seem to have extended their support to resveratrol which is a compound found in red wine. The compound is thought to be beneficial to the body as it may activate Sirt1.

“It’s still controversial whether calorie restriction or resveratrol are Sirt1 stimulators,” mentioned Eduardo Nillni, the study’s lead author. Nillni is professor of medicine (research) at the Warren Alpert Medical School of Brown University and a member of the Department of Molecular Biology, Cell Biology and Biochemistry. At Rhode Island Hospital, Nillni is senior investigator in the Division of Endocrinology. Other authors include researchers from Brown and the University of Texas Southwestern Medical Center.

This new research seems to challenge a few preexisting findings. This is mainly because the scientists seem to have discovered the results of inhibiting the Sirt1 activity in the brains of rats instead of stimulating it, supposedly led to reduced appetite. This consequently seems to have led to a smaller weight gain as against untreated animals. Researchers are of the opinion that a similar mechanism may exist in human brains.

Fasting it was observed by the team appeared to actually augment the production of Sirt1 activity in the brain. This seems to have been consistent with the view that lowering the intake of food excited Sirt1 elsewhere in the body. However they appear to have clearly developed data exhibiting that the pharmacological or genetic inhibition of data led to animals consuming less food and consequently gaining fewer pounds as compared to others who were untreated.

Particular brain receptors or sites where Sirt1 induced food intake namely the melanocortin receptors were also recognized by this research. The experts suggest additional work that investigates the manner in which brain pathways involving Sirt1 and food intake could be affected in obese animals.

The new Sirt1 brain finding details will be published online Dec. 15, 2009, in the journal PLoS One.