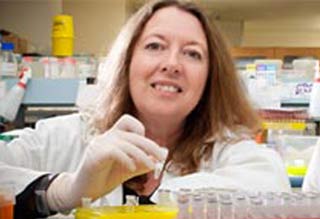 According to a new study by scientists at the Griffith University, the X chromosome may be the reason behind migraine episodes seen in some women. The team believed that not only the aforesaid gene, but another gene regulating iron in the body could be a cause too.

An extensive trial comprising approximately 300 individuals from Norfolk was conducted. Their DNA specimens were collected for analysis. This region was selected for study as migraine incidences were high in the place. As per the results, the X chromosome seemed to be involved in increasing risk of migraines. As mentioned above, another gene controlling iron appeared to play a role too.

“Currently, 12 per cent of the population suffers from migraine. Even though we have some very good treatments for this very debilitating disease, they certainly don’t work for everyone and can have some adverse side effects. Hence there is a real need to develop new migraine treatments,” commented Professor Lyn Griffiths from the University’s Griffith Health Institute.

The investigators believed that locating the genetic side to migraines is crucial to find out the exact cause of the condition. It may help locate effective therapeutic alternatives and develop new strategies for treatment. In recent times, many new approaches have been tested for treating migraines. However, many of them are known to have serious side effects and do not work for all patients.

A previous trial linked baby colic to mothers’ migraines. Some people are known to suffer from chronic migraines, while a few others are affected by episodic forms of the disease.