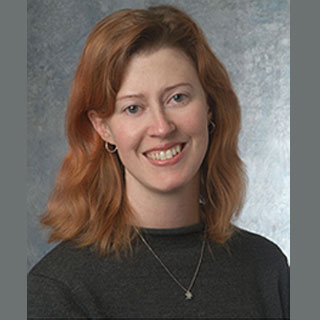 Blood loss is considered to be a major cause of death. Traumatic injury that appears to overwhelm the natural blood-clotting process of the body is also believed to be the leading cause of death for individuals aged 4 to 44 years.

A tem led by Erin Lavik, a new Case Western Reserve University biomedical engineering professor, and her former doctoral student, James P. Bertram, claim to have taken a step further in advancing this natural process. The researchers appear to have developed synthetic platelets that seem to show promise in stopping internal and external bleeding.

The researchers seem to have drawn inspiration from analysis that revealed very few options for soldiers needing treatment after suffering from internal injuries in Afghanistan and Iraq. The experts intended to create a treatment that can be kept in the field packs of medics.

“The military has been phenomenal at developing technology to halt bleeding, but the technology has been effective only on external or compressible injuries,” Lavik commented. “This could be a complement to current therapies.”

Blood platelets are known to be structural and chemical foundation of blood clotting. The latter is supposedly an intricate cascade of events that functions with normal cuts and scrapes but seems to be by grave injury. The use of other’s platelets may help improve clotting but seems to carry various complication risks. Besides, platelets appear to have a short shelf life and need to be refrigerated.

The two researchers claim to have created platelets from biodegradable polymers. Fabricated to home in and link with natural platelets, these synthetic platelets could play a key role at the site of an injury particularly traumatic injury. Experts suggest that the natural platelets that are activated by injury seem to emit chemicals that fasten them. Complemented by additional synthetic ones in a larger clot may help rapidly stem bleeding.

The artificial platelets in another comparison were found to show clotting times that were 25 percent faster than wounds that had been treated with recombinant factor VIIa. Presently, VIIa is known to be the state of the art treatment of uncontrolled bleeding in surgery and emergency rooms. The recombinant factor is claimed to be used on various injuries and can result in the tens of thousands of dollars per treatment cost. Additionally it may not be used in patients suffering head or spinal cord injuries due to risk of complications.

As per Lavik, her team built platelets from polymers that had already been used in treatments approved by the FDA. They thus hoped the new treatment to be approved faster. Relatively short pieces of proteins were used to create the parts of the synthetic platelets that bind to natural platelets. This was because they were found to be more stable as against longer pieces. They were also cheaper.

Lavik is now seeking grants to further test the platelets.

This work is published in Science Translational Medicine.