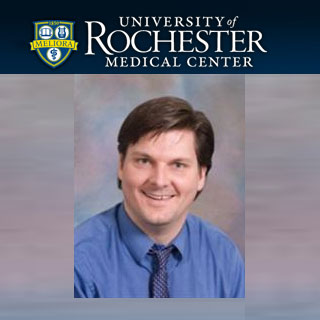 Here’s literally a ‘breath’ of fresh air for pulmonary arterial hypertension (PAH) patients. Scientists at the University of Rochester Medical Center claim to have come up with an effective treatment for PAH. Apparently continuous intravenous (IV) treprostinil when administered to patients of the fatal disease eased breathlessness in them. This finding study authors, hope nudges more physicians to use effective treatment.

PAH is known to be a rare disease affecting mostly young women. Patients with the life-threatening disease were observed to have felt a considerable decrease in breathlessness when given continuous intravenous (IV) treprostinil. The drug has supposedly already been approved by the U.S. Food and Drug Administration for the treatment for PAH. However practicing physicians claim to have not endorsed it as it did not have its own placebo controlled study.

The drug was approved on the basis of its similarity to an approved treatment delivered subcutaneously that is directly in the skin. The current study seems to address the deficiency of a controlled study. The results of the study reveal that the drug appears to have brought about a lifestyle-changing reduction in the main symptom of PAH. This was breathlessness due to related heart failure.

“A continuous IV infusion of treprostinil reduced feelings of breathlessness in these patients, really freeing them to move again,” said R. James White, M.D., Ph.D., assistant professor of Medicine, Pharmacology & Physiology within the Division of Pulmonary and Critical Care Medicine at the University of Rochester Medical Center, and lead author of the study, who also conducts basic science research within the Aab Cardiovascular Research Institute. “Patients went from a life where taking a shower caused breathlessness to one where they can take a long walk or climb a flight of stairs before they have that same feeling, a substantial improvement in daily capabilities.”

In the present study, patients’ feelings of breathlessness were measured in the course of a six-minute walk. They calculated how far the patients could go before having to stop. The analysis centered upon breathlessness as PAH is known to narrow the small pulmonary arteries that drives up pulmonary blood pressure. This may cause right-sided heart failure as the heart may not be able to deliver enough oxygen-rich blood to the organs. With their cells screaming for oxygen, the brain is signaled that the patient is out of breath, despite the lungs functioning efficiently.

In the course of the 12-week treatment period, the experts observed that patients who were treated with treprostinil walked an average of 83 meters further in six minutes. This was claimed to be a 30 percent increase. In addition to this, the severity of patients’ symptoms was also captured with the help of the Borg score. The score reported the breathlessness of patients during exercise. It was found that on the 10-point Borg scale, patients who took the study drug scored 2.0 units better on average as compared to placebo patients. There seems to have been a marked reduction in patients’ feelings of breathlessness.

While other drugs claim to have been approved by the FDA that improved walking distance, White mentioned that the Borg score did not. Besides, the authors also examined whether treprostinil enhanced PAH patients’ New York Heart Association (NYHA) functional class. NYHA is believed to be an accepted tracking system for heart failure. It appears that most patients began the study with Class III heart failure which meant that they suffered ‘marked limitation of physical activity, fatigue upon exertion and shortness of breath.’

Upon intravenous treatment with treprostinil, patients on average appeared to shift from Class III to Class II. This seems to take a patient who is breathless with any activity and makes them free to ‘bathe, get dressed, do household tasks and even return to work.’ White notes that few other PAH drugs have also been able to deliver this degree of functional improvement in controlled trials. This however claims to be the first randomized, placebo-controlled trial of any IV therapy in PAH.

“Safety issues were a major problem” White said. “In the U.S., a patient who called in with signs of an infection would be assessed and treated within 6-12 hours. In India, a patient may have to take a 16-hour train ride to the nearest clinic. Given these barriers, we had to close the study. Still, the results provided valuable insights about the benefits of treprostinil that will help patients worldwide.”

Mandeep Mehra, editor-in-chief of The Journal of Heart and Lung Transplantation, said of the trial: “Most approved treatments for PAH have been tested in North America, Europe or Australia. This study extends the geographic spectrum for clinical trials in PAH and provides insight into novel local, cultural and ethnic factors that may influence treatment outcomes, and represents another vital step in the globalization of medical care.”

Seemingly the study was tailored to safeguard patients to a great extent. This seems to have been a true challenge due to the deadly nature of the disease and the complexity of a continuous IV infusion. With an aim of protecting patients, the authors claim that their intent was not really to measure an improvement in survival. In the course of designing the study, patients whose condition worsened would instantly be ‘rescued’ by switching them from placebo to active therapy. Nevertheless the results appeared to show a trend toward greater survival in the group getting active treatment. This seems to have further supported the drug’s efficacy.

Moreover, tests also claim to have confirmed that PAH patients showed higher than normal blood levels of factors known to play key roles in the clogging of arteries as part of major diseases like atherosclerosis and hypertension. This included angiopoietin-2 (Ang-2) and platelet derived growth factor. Lowers levels of Ang-2 were observed when patients were treated with treprostinil.

Conducted in India, the study involved patients with PAH who appeared to experience a disease course much like patients experienced in the United States during the mid-1990s. Presently there are eight approved PAH-specific therapies in the U.S. while there are none in the India. In the country most patients are known to receive blood thinners and calcium channel blockers. PAH patients in India seem to not have specific treatment which could increase their mortality rate than U.S. patients.

The study results published online today in The Journal of Heart and Lung Transplantation.