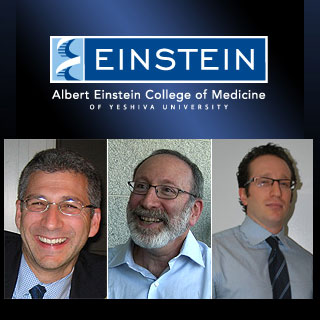 Abscesses are known to be deep skin infections often resistant to antibiotics. They may be taken care of by surgical drainage. A novel nanotechnology developed by researchers at the Albert Einstein College of Medicine of Yeshiva University claims to heal abscesses caused by resistant staph bacteria. The new approach could help in the treatment and healing of skin abscesses that resist most antibiotics.

The new treatment strategy includes tiny nanoparticles developed by the scientists. These particles were smaller than a grain of pollen and seemed to carry nitric oxide (NO). The gas apparently aids the body’s natural immune system to respond to an infection. The particles appeared to have released NO when they were topically applied to abscesses in mice. The gas was then found to travel deep into the skin and seemed to clear up the infections, consequently helping the tissue to heal.

“This is important,” he further notes, “because several million people are treated for staph infections every year in the U.S. Increasingly, these infections are caused by methicillin-resistant Staph aureus — or MRSA — the serious and potentially fatal ‘superbug’ that we tackled in this study.”

Reportedly, the Centers for Disease Control and Prevention reveals approximately 94,000 cases of invasive MRSA infections each year with nearly 19,000 deaths. MRSA claims to have been isolated from 61 percent of abscesses in a 2006 analysis that involved multiple emergency rooms across the U.S.

“To have a topical medication for staph infections instead of one that you have to take orally and systemically would revolutionize the way we take care of our patients,” Dr. Nosanchuk adds.

Earlier this year, a research published in the Journal of Investigative Dermatology, it was revealed by the interdisciplinary Einstein team that NO-containing nanoparticles seemed to have the potential to clear up superficial skin infections caused by MRSA. This present analysis of abscesses claims to have been fabricated so as to offer scientists information on whether the nanoparticles could fight infections deep in the skin.

In comparison to abscesses in the other two groups, the microbial concentration in the abscesses of mice treated with NO-containing nanoparticles seemed to have significantly reduced. Besides this, the abscesses of mice that had been treated with NO-containing nanoparticles appeared to have undergone much more healing. This seems to have been shown by their enhanced appearance and considerably greater amounts of collagen that was deposited within them.

Joel M. Friedman, M.D., Ph.D., the Young Men’s Division Chair of Physiology and professor of physiology & biophysics and of medicine, and Adam Friedman, M.D., presently the chief resident in the division of dermatology of the department of medicine at Montefiore Medical Center, The University Hospital and Academic Medical Center for Einstein supposedly developed this Einstein nanoparticle technology.

It was observed that when the tiny nanoparticles were introduced on the skin, they absorbed water, swelled up and started releasing their cargo in a sustained way. These nanoparticles were found to be capable of carrying and releasing a host of drugs and chemicals including NO. The gas is claimed to have essential biological properties and is produced naturally by cells throughout the body. It appears to help in killing bacteria, healing wounds, and increasing blood flow by dilating blood vessels. However NO is supposedly a very short-lived gas and until now methods to deliver it to targeted tissues in the proper doses have proven elusive notes Dr. Joel Friedman.

In addition to this, Einstein researchers also claim to be pursuing other potential therapeutic uses for their nanoparticles. Like with Kelvin Davies, Ph.D., associate professor of urology, the Friedmans recently exhibited that nanoparticles loaded with either NO or tadalafil (Cialis) show potential as a topical cream-like treatment for erectile dysfunction.