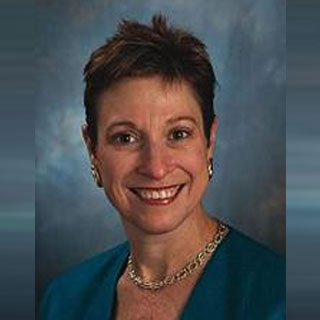 Acute optic neuritis apparently doesn’t occur too frequently. Reportedly, it is experienced by only one to five in 100,000 people. However those who do, appear to complain of vision loss and pain accompanying the condition. It may also lead to optic nerve damage often. The drug tested in the trial is known to currently be used in the treatment of multiple sclerosis (MS).

It has been observed that individuals who experience optic neuritis initially notice a spot or cloud in front of their eye. They may also see blurring of images. Also having pain when the eyes are moved, over the next several days to a week, their eyesight appears to deteriorate further.

“The insulation, or myelin, around the optic nerve is often damaged with optic neuritis. In severe cases, the nerve fibers themselves are damaged,” commented neuro-ophthalmologist Deborah Friedman, M.D., M.P.H., professor of Ophthalmology and Neurology at the University’s Flaum Eye Institute, and a principal investigator on the national, multi-site study. “Using ocular coherence tomography–a noninvasive, painless procedure–we can measure the thickness of the fibers in the back of the eye that form optic nerve and determine the extent of the damage.”

Moreover the experts reveal that vision plateaus and swelling in the optic nerve could subside approximately after a week or two. As the brain seems to make new myelin in most cases, the vision could slowly improve. However for many individuals it may never return to the level it was at before they got optic neuritis.

The study is on the look out for participants between the ages of 18 and 45 experiencing optic neuritis for the first time. As the subjects need to be screened, evaluated and enrolled within nine days of the symptoms’ onset for the analysis, interested participants are suggested to contact study organizers as soon as symptoms present themselves.

The prescreening will require them to undergo an MRI which will ascertain whether or not they show signs of MS in the brain. Seemingly optic neuritis could be an early symptom of the central nervous system disease. Nevertheless the condition may also come and go with no link to MS. The study will enroll only those patients who have no evidence of MS. These individuals will be enrolled for six months where they will receive either a placebo (no active ingredient) or Copaxone injections (glatiramer acetate). The latter is known to be a drug used to treat MS.

Conventionally optic neuritis appears to be treated with intravenous steroids. These supposedly don’t improve vision yet happen to speed recovery. As part of the regular therapy, the study participants will still receive steroid treatment.