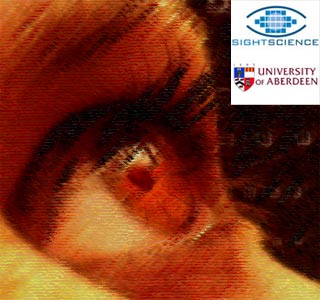 Scottish researchers at the University of Aberdeen have fabricated an innovative computer-based therapy called Neuro-Eye Therapy for stroke victims who have suffered partial loss of vision. Partial vision loss, also referred to as hemianopia is caused by the damage to the visual pathways in the brain after a stroke. This new and interactive program is a ground breaking discovery in the field of eye therapy.

Dr Arash Sahraie, Reader in Visual Neuroscience at the University of Aberdeen, noted, “The basic principles behind Neuro-Eye Therapy are similar to those of physiotherapy following a stroke. If muscles are affected following brain injury, patients are asked to repeat a pattern of limb movements in order to improve their mobility. In the same way, after daily use of the Vision Rehabilitation Program over a six month period, patients have reported an improvement in their sight as well as a range of other benefits, including being able to get about more easily, both inside and outside their homes, and finding reading much less of a struggle.”

He added, “The device used in Neuro-Eye Therapy is simple to set up in the home or office and requires no prior expertise or experience of computer use. The daily task involves looking at a computer screen and deciding whether or not an image is presented within the blind area by pressing a button. Initially patients can only guess whether the image was presented, but over time patients experience an improvement in their vision.”

Utilizing a medical device called the Vision Rehabilitation Program, the Neuro-Eye Therapy (NeET) repeatedly stimulates blind areas of vision with on-screen patterns. Aping the principles of physiotherapy, clinical trials have revealed many benefits of this treatment. They include increased navigational skills, increased concentration span, improved detection of moving/flickering objects in the blind areas and also an improvement in reading ability.

This distinct therapy will benefit nearly 55,000 people in Europe and 7,500 people in the UK who suffer partial loss of sight every year after a stroke. Additionally, nearly tens of thousands of pre-existing cases of those with vision loss caused by brain damage can also derive advantage from this therapy.

In honour of the discovery of the Neuro Eye Therapy, Dr Sahraie has been short-listed for The Gannochy Trust Innovation Award of the Royal Society of Edinburgh. To be announced in October this year, the award is Scotland’s top award for innovation. A cash prize of £50,000 awaits the winner of this award.

The program can be availed from the Sight Science unit at Aberdeen University.

Autism is related to other disorders: Study