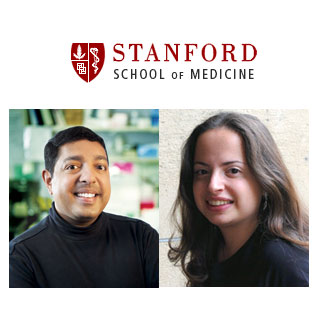 A genome toggle may switch autoimmune diseases into unique clusters. According to scientists at Stanford University School of Medicine, genome switches seem to have the ability to predispose a person to a set of autoimmune disorders. These however also appear to safeguard the individual against another set of disorders.

Researchers suggest that pairs of autoimmune diseases have been linked in clinical practice. Routinely individuals with type-1 diabetes are known to be screened for autoimmune thyroid disease. Such people are supposedly at an increased risk for acquiring a thyroid disorder. However, the reason behind this association is not yet clear.

“Maybe we should stop considering all autoimmune diseases in one lumped category,” remarked Atul Butte, MD, PhD, assistant professor of pediatrics and of biomedical informatics and director of the Center for Pediatric Bioinformatics at Lucile Packard Children’s Hospital and senior author of the research. “It looks as if there may be at least two different kinds.”

The new research seems to offer a genetic basis for this clustering effect. It also appears to extend the demonstration of how two such clusters have a tendency of being mutually exclusive. Butte and his colleagues observed data from several large genome-wide association analyses that shed light on single-nucleotide polymorphisms, or SNPs. SNPS are known to be tiny genomic variations that comprise of the genetic underpinning for inter-individual human differences. This spans from eye color to nose shape to personality quirks.

Assuming the human genome to be something like a 3-billion-unit-long sequence that has a unit each of four different chemical residues, at almost every specific location along two different people’s genomes, the resident chemical unit appears to be the same. However while the first person’s genome could claim to have one variety of chemical unit at about one or two out of every 1,000 positions, the second could include another type. This single-unit difference is what a SNP is.

“There are several million SNPs in the human genome, making for a gigantic number of possible different versions of a human being,” mentioned lead researcher, Marina Sirota, a fourth-year PhD student under Butte’s supervision in Stanford’s Biomedical Informatics Program. “In so-called genome-wide association studies, SNPs linked to disease susceptibility are found by assessing genomes from two large groups of people, one composed of patients with, say, rheumatoid arthritis or heart disease and another of people without the condition. If, at a given SNP location, the frequency of one particular chemical unit is significantly greater or smaller among the diseased people than in the healthy ones, that SNP is presumed to lie close to or within a biologically important genomic region that increases or diminishes genetic susceptibility to the disease.”

Scientists observe that sophisticated gene chips have apparently played an important part in enhancing the industrial-scale characterization of SNPs in the past few years. Taking the help of already published analyses Sirota, Butte and their colleagues culled about a half-dozen that had been conducted on patients with or without autoimmune diseases including type-1 diabetes, rheumatoid arthritis, multiple sclerosis, autoimmune thyroid disease and a spinal condition called ankylosing spondylitis. The investigators’ attention was supposedly limited only to SNPs that were evaluated in all the findings they were focusing on.

Around 573 SNPs were worked out. Among these, the researchers discovered nearly 15 SNPs that seemed to have a particular chemical unit at that site that predisposed an individual to several autoimmune diseases.

Sirota further added, “We had started out looking for just such similarities. What was surprising was our finding that at nine locations generally associated with autoimmunity risk, where a particular chemical unit conferred a heightened risk of certain autoimmune diseases, but reduced risk of getting certain others.”

“As more genomic information becomes available on increasingly advanced platforms, this sort of analysis can be done on more diseases, possibly hundreds of them. Plus, the original set of 573 common SNPs we were able to inspect will grow much larger. So we’ll be able to find more relationships like these,” Sirota concluded. “And if a patient has a particular autoimmune disease, this might help us know what else to screen that patient for, or guess whether a drug that works well in a different autoimmune disorder could be useful in treating this patient.”

As per Butte, finding SNPs predisposing people to one or another cluster of autoimmune diseases could help catch the onset of a disease earlier. It might also help guide drug development.

The research is published online Dec. 24 in PLoS-Genetics.