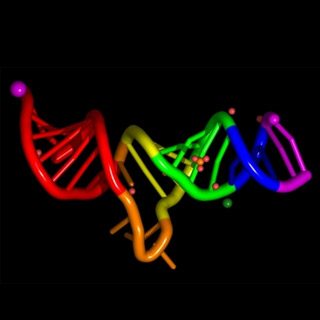 A new research by experts at MIT and Alnylam Pharmaceuticals reveals the use of a new RNA technique to silence up to 5 genes. The scientists report to have used RNA interference successfully in turning off multiple genes that were present in the livers of mice. This new finding could pave the way for new treatments for liver diseases and other organ disorders.

The RNA interference technique is believed to have been discovered in 1998. The naturally occurring phenomenon includes the disruption of the flow of genetic information from a cell’s nucleus to the protein-building machinery of the cell. Ever since, researchers have been working hard to explore shut off mechanisms for any gene in the body. They have particularly been trying to silence malfunctioning genes that could cause diseases like cancer.

The researchers suggest that the key to succeeding with RNA interference is finding a potentially safe and effective way to deliver the short strands of RNA. These can bind with and destroy messenger RNA that is a carrier for instructions from the nucleus. As per Anderson and his colleagues, the best way to do that is to probably wrap short interfering RNA (siRNA) in a layer of fat-like molecules called lipidoids. This may cross cells’ fatty outer membrane.

According to Daniel Anderson, senior author of the paper and a biomedical engineer at the David H. Koch Institute for Integrative Cancer Research at MIT, the novel delivery method could be much more effective than earlier methods.

“This greatly improved efficacy allows us to dramatically decrease the dose levels, and also opens the door to formulations that can simultaneously inhibit multiple genes or pathways,” shares Anderson.

Working on these lines, the use of one such lipidoid, allowed the researchers to successfully deliver five snippets of RNA at once. Anderson believes the lipidoids to have the potential of delivering as many as 20. The MIT team collaborated with Alnylam researchers, to supposedly develop methods that quickly produce, assemble and screen an array of different lipidoids. This seemingly enabled the researchers to select the most effective ones.

In an earlier analysis, the researchers claim to have developed over 1,000 lipidoids. Their present investigation included picking out one of the most effective one. They used a new chemical reaction that apparently generated a new library of 126 similar molecules. One of them named C12-200 seemed to have been the most promising and researchers focused on it. They used it to attain effective gene silencing with a dose of less than 0.01 milligrams of siRNA per kilogram of solution, and 0.01 milligrams per kilogram in non-human primates.

The researchers suggest that if a similar dosing pattern is used for humans, it could translate to a potential therapy that would probably need only an injection of less than 1 milliliter. Anderson says, this would allow specific inhibition of a gene as compared with earlier formulations that would have required hundreds of milliliters.

The research has been described in the Proceedings of the National Academy of Sciences.

Consumption of red and processed meat linked with increased risk of...