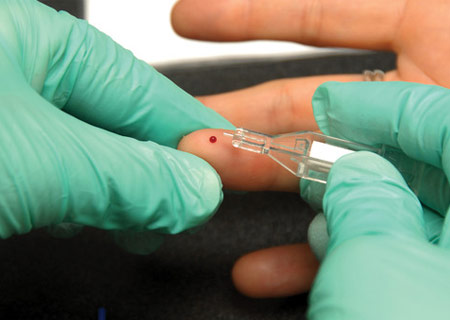 This news ought to be paid attention to by type 2 diabetic patients. A study from University of Cincinnati claims that people suffering from type 2 diabetes and who have undergone gastric bypass surgery frequently depart from the hospital without the requirement for formerly prescribed diabetes medications.

Scientists and physicians are of the opinion that this health advantage is connected to alterations in the body’s circulating hormones, especially an augment of insulin secretion. Insulin is said to be the hormone that regulates the level of glucose in the blood.

Marzieh Salehi, MD, a diabetologist with UC Health University of Cincinnati Physicians warns that even though there could be enormous advantages for diabetic patients who experience gastric bypass surgery, a group of patients supposedly experience acutely low levels of blood sugar i.e. hypoglycemia, particularly after a meal and usually many years post surgery. Symptoms of hypoglycemia are thought to be regularly identified until they turn incapacitating or grave.

Salehi mentioned that several patients suffering from type 2 diabetes who meet the criteria for gastric bypass surgery supposedly depend on anti-diabetic medications such as insulin injections to control glucose in the body. These same patients are believed to frequently depart the hospital after surgery with normal glucose control without consuming any medications.

She mentioned, “If hypoglycemia goes unnoticed, the body can become accustomed to low sugar and patients can then lose their awareness to low sugar. It is essential to seek help if any of these symptoms develop after gastric bypass surgery.”

Salehi is of the opinion that symptoms of hypoglycemia contain shakiness, sweating, dizziness, light-headedness, weakness, confusion and trouble in speaking. Additional acute symptoms comprise of seizure and cognitive abnormalities. Hypoglycemia could be critical devoid of correct monitoring or treatment.

So one has to consult the doctor really carefully before undergoing gastric surgery.