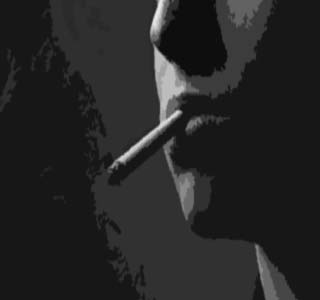 Chronic obstructive pulmonary disease (COPD) refers to chronic bronchitis and emphysema in which the patients may have major difficulty in breathing. A new study says that smoking may have different effect on the people who smoke cigarettes. However the exact reason for the development and evasion of this disease is seemingly not yet known by the experts. Dr. Manuel Cosio from the McGill University Health centre in association with Italian and Spanish scientists further looked into the matter.

The World Health Organization states that smoking cigarettes may be a major cause of death in people. It was stated that smoking cigarettes may affect people differently. An autoimmune mechanism along with genetic tendency in COPD may lead to the growth of this disease in only some people and not in others. Evidently, COPD may be a hereditary disease meaning that it may pass from one generation to the other.

Besides smoking, further causes of this disease may be mainly due to infections or due to air pollution. Performing household activities like open fire pollutant cooking and heating fuels may perhaps be the cause of this disease in women.

Dr. Cosio has stated that, “Smoke can play an important role in autoimmune diseases such as COPD, and other diseases like rheumatoid arthritis, because it accentuates genetic predispositions to the disease.”

Dr. Cosio has mentioned that, “COPD does not go from stage one, two and three in all people. Depending on their personal balance between immune response and immune control some people would stop at stage one, others at stage two, and some will progress to stage three, full autoimmunity and lung destruction.”

Some have claimed that cigarette smoking may not have the same effect on everyone. It seems that these investigators will now see the disease in a completely new way. The reason for this study was believed to encourage a different investigation on COPD so that more can be known about it. The whole idea is to find out more about the immunological processes and the way these processes may be controlled and restrained. The aim is to present the perfect treatment to patients suffering from this dreadful disease.

This study was reported in The New England Journal of Medicine.