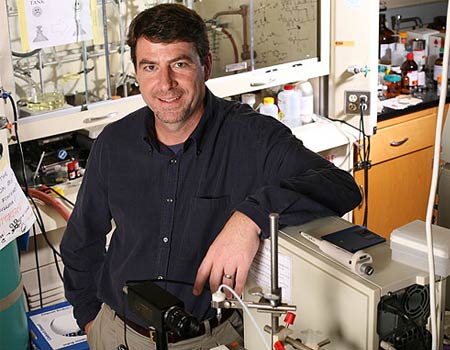 A defect mainly ruptures or holes in the fetal membrane during pregnancy could be really dangerous. It could lead to leakage of the amniotic fluid consequently resulting in premature labor or termination of pregnancy. A recent Northwestern University study now reveals mussel-inspired glue for repair of the fetal membrane. The sealant appears to be biocompatible and effective in fixing blotches in human tissue.

Finding its inspiration by mussels’ ability to stick to surfaces under conditions that are wet, this sealant seems to shown potential in helping repair the defects that may be found in human fetal tissue membranes. While certain defects may take care of themselves naturally, presently no method is prevalent to help effectively repair defects that don’t. A biocompatible material to probably help seal off the opening could help.

“We tested our mussel-inspired sealant on living fetal tissue and found it was both biocompatible and effective at sealing the tiny holes — two features essential in such a material,” mentioned Phillip B. Messersmith, who was one of the study’s leaders and is professor of biomedical engineering at Northwestern’s McCormick School of Engineering and Applied Science.

The structure that surrounds the developing fetus is known to be the fetal membrane. A defect in this membrane could be a result of incisions that may have occurred during endoscopic fetal surgeries. These are known to be used in the treatment of certain birth defects. Premature and spontaneous ruptures in the fetal sac could also lead to defects.

Messersmith and colleagues from Belgium, Switzerland and Canada set out at working around these defects to fix them up. They punched holes that were nearly three millimeters wide into human fetal tissue in vitro. This was done to replicate the tiny holes found in fetal membrane defects following which they applied their sealant as well as other sealant candidates like medical-grade superglues to the holes. They then examined the fetal tissue cell death closely for each sealant. In terms of both bonding and toxicity, the mussel-inspired sealant seemed to exhibit the best results.

The experts reveal that the sealant is injectable and comprises of a mixture of two different solutions which when combined seemed to form a sealant or gel in around 10 to 20 seconds. A simple synthetic polymer including DOPA (dihydroxyphenylalanine) which is known to be an important amino acid in the complex proteins forms one solution. The sophisticated proteins appear to be necessary to mussels’ ability to stick to wet surfaces. The other solution is a catalyst.

In addition to this, the foot of the common mussel namely Mytilus edulis was found to develop a sticky glue that kept the shelled creature anchored to rocks as well as other objects. This enabled the organisms to supposedly withstand the extreme lashing of waves. On analyzing this natural and waterproof glue chemically, experts inferred that a family of distinct proteins named mussel adhesive proteins seems to have contributed to this adhesiveness. These were found to be high in DOPA concentration.

Currently Messersmith and colleagues are testing the mechanical qualities of this sealant. The scientists are expected to conduct in vivo experiments in animal models concerning this mussel-inspired glue.

These findings are published online by the American Journal of Obstetrics & Gynecology.