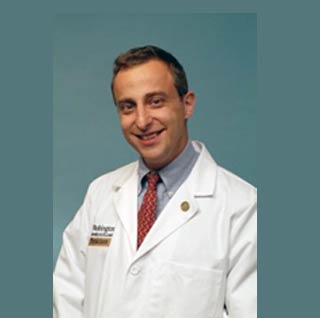 Early last month, we had reported about the possibility of cells being engineered to destroy HIV-infected cells. Here’s some more dope on the debilitating disease. Apparently HIV infection could prematurely age the brain. At least that’s what researchers at Washington University School of Medicine in St. Louis and the University of California-San Diego seem to have found.

The experts’ claim that HIV infection or treatments probably used to control it seem to be aging the brain prematurely. It comes to light that blood flow in the brains of HIV patients is lowered to levels that may be normally observed in uninfected patients who are 15 to 20 years older.

“The graying of the AIDS patient community makes this infection’s effects on the brain a significant source of concern,” remarks first author Beau Ances, M.D., Ph.D., assistant professor of neurology at Washington University. “Patients are surviving into their senior years, and a number of them are coming forward to express concerns about problems they’re having with memory and other cognitive functions.”

According to epidemiologists around 14 percent to 18 percent of all AIDs patients in the US are estimated to be more than 50 years old. Apparently this age group has also been found to have the highest rates of new infection. Going by present trends, by the year 2015 their number is expected to surge over 50 percent of the overall patient population.

Earlier studies on the long term health effects of HIV infection reveal that the virus appears to adversely affect the heart, liver, endocrine system, skeleton and kidney. HIV was further found to advance the body’s age by nearly 10 years by a recent study that gauged the overall health of the body. Ances suggests that HIV could probably lead to dementia in some patients though quantifying the effects of HIV and aging in the brain scientifically was challenging.

“We believe the virus crosses into the brain using infected immune cells,” Ances mentions. “Once in the brain, HIV doesn’t directly infect neurons but instead affects supporting cells that can release immune factors that harm neurons.”

While earlier researches including those by Washington University’s David Clifford seem to have detected similarities between HIV-associated dementia and Alzheimer’s disease, adapting the cognitive tests used in diagnosis of Alzheimer’s disease to HIV research has been difficult. Standardizing the test results appears to have posed challenges as also the lack of centers that show the capability to perform such tests.

With this in mind, Ances and his colleagues turned to magnetic resonance imaging scanners to find a quicker alternative available at many hospitals. A new technique dubbed arterial spin labeling that allowed precise, non-invasive blood flow measurement was also employed. This approach was used by the researcher to assess brain blood flow in 26 subjects who had HIV and 25 uninfected controls. Participants were screened for factors like head injuries, neuropsychiatric disorders and substance abuse while also being compared in mean age and range education.

As the individuals rested in the scanner, brain blood flow values were significantly lowered in subjects with HIV as against uninfected controls. It was observed that these reductions lowered brain blood flow to levels that were apparently equal to readings seen for uninfected individuals who were nearly 15 to 20 years older. The participants were then asked to perform a visual task that normally triggers increase in blood flow to particular parts of the brain which are engaged in the task. It was found that participants with HIV showed larger blood flow increases probably indicating that the brain and its support systems may have to toil harder to complete the task.

In addition to this, it was also observed that HIV seemed to have reduced brain blood flow even among patients who were young, and were recently infected. This seems to have reinforced earlier results that they previously published.

“Brain blood flow levels decline naturally as we age, but HIV, the medications we use to control it or some combination of the two appear to be accelerating this process independent of aging,” Ances adds.

For long Alzheimer’s has been identified by researchers to damage the brain for years before it actually starts showing clinical symptoms. Supposedly the brain is capable of adapting to ongoing damage up to a threshold. At that point symptoms then become apparent. Though whether or not such a phenomenon could be occurring in HIV patients as they age is not really clear.

Normally blood tests that quantify the levels of HIV in a patient’s bloodstream are used by physicians to ascertain when they need to commence medications. Ances elucidates that the new results suggest that the effects of the virus on the brain could also be another factor that should be considered.

These findings are published online in The Journal of Infectious Diseases.