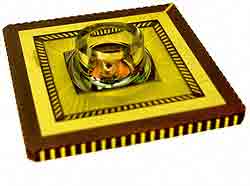 Stanford researchers and their team have developed a model blood scanner, which can detect cancer markers in the bloodstream. Since the detection is done in the first stage of the cancer itself, the treatment and survival rates are higher.

This blood scanner can detect cancer associated proteins in the blood stream in less than an hour. It is based on the MagArray bio-detection chips. The latest innovation performs this task with greater sensitivity as compared to the presently used commercial devices. In order to spot the tumor proteins, the device uses magnetic nanotechnology which is its specialty.

Magnetic nanotechnology means that the device is ten to hundred times more sensitive and can more easily detect the tumor proteins in the bloodstream when they have just begun replicating.

Shan Wang, a Stanford professor of materials science and of electrical engineering and the paper’s senior author, said, “This is essentially a proof-of-concept study showing that now we have a chip and a reader that can find multiple biomarkers in a sample at a concentration much lower than the standard that is commercially available.”

According to Wang, the handheld blood scanner could possibly be the smallest protein array reader in the world. He says this device can, at the same time, identify various genres of proteins. This is considered crucial for mainly two reasons; namely, researchers are unsure that which cancer tumor biomarker is the best diagnostic indicator. And, secondly, together identifying different genres of this protein enables the doctor to diagnose the exact type of cancer in an individual.

Sebastian Osterfeld, Stanford materials science and engineering doctoral student and also the lead author, designed the silicon chip in the detector. This chip is said to have 64 embedded sensors that monitor for changes in nearby magnetic fields. “Capture antibodies” cling on to these sensors. These sensors have been selected by Heng Yu, a former postdoctoral fellow at Stanford Genome Technology Center. He was accompanied by Richard Gaster, who is a student in a combined program of doctorate and medical degrees.

These “capture antibodies” snatch the tumor proteins while traveling and hold on to them. A second batch of antibodies is later added to the lot which hold on to the magnetic nanoparticles and also indirectly cling on to the cancer biomarkers that were held on to by the sensors. Therefore, while the MagArray sensors zero in on the magnetic field of nanoparticles, they have indirectly detected the tumor markers as well.

Dr. Sam Gambhir, the principal investigator of the Center of Cancer Nanotechnology Excellence at Stanford, says that, “This work represents a giant leap forward in enabling technology for in vitro protein diagnostics with significant potential for many applications including cancer detection and management.”

Wang hopes that this device can soon help in the early detection of cancer tumors and help the respective doctors in treating the tumor. According to him, this device can be beneficial for the detection of lung, ovarian and pancreatic cancer tumors, which are normally hidden in the body. Before using it, the blood scanner has to go through clinical testing and trials in order to get approved.

Their findings are published online in the Proceedings of the National Academy of Science.

Cataract surgery may not be linked to aggravation of AMD